Karnataka Reports 12 New Cases Of Omicron, Total Cases Of The New Variant In State Rise To 31

According to Karnataka Health Minister Dr K Sudhakar, amongst the 12 new cases, ten are from Bengaluru while one each is from Mysuru and Mangaluru. Five of the Bengaluru cases had a travel history to the UK. 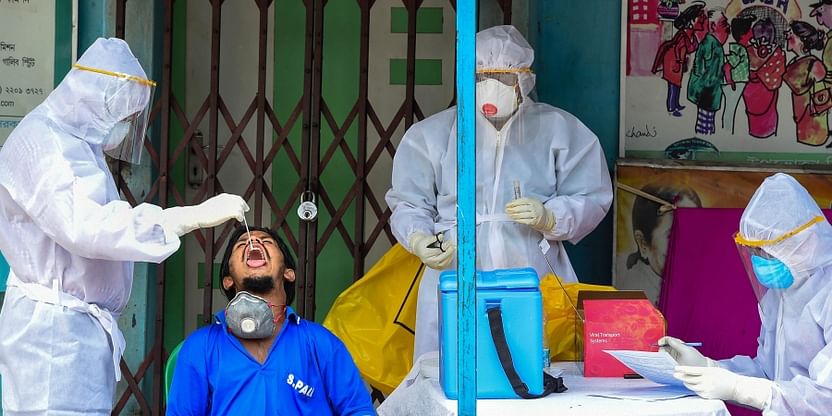 Seven of them are women, including two girls aged nine and 11.

"12 new cases of Omicron have been confirmed in Karnataka today taking the tally to 31," Sudhakar said, adding, ten are from Bengaluru while one each is from Mysuru and Mangaluru.

Among the Bengaluru cases, five had a travel history to the United Kingdom and one each had come from Denmark and Nigeria.

The three others from Bengaluru did not have a travel history. They were, in fact, the parents and sister of a woman who had returned from United Kingdom on December 12, the health department said.

They developed symptoms on December 14 and tested positive on December 15.
A 27-year-old man from Mangaluru had come from Ghana, while the nine-year-old girl from Mysuru had returned from Switzerland.

According to health department officials, they have been isolated and were undergoing treatment. They added that their health condition along with their primary and secondary contacts is being monitored.

Other than three from Bengaluru, who were the parents and sister of a UK returnee, the rest are asymptomatic.

The officials also said that barring the two girls, the rest were vaccinated.

The 49-year-old woman who returned from Denmark had taken two Pfizer vaccine doses and a Moderna booster dose, officials said.

Another UK returnee, a 42-year-old man had also taken the two shots and a booster dose of AstraZeneca.

An 18-year-old woman, who arrived from United Kingdom, had taken only one dose of Covishield.