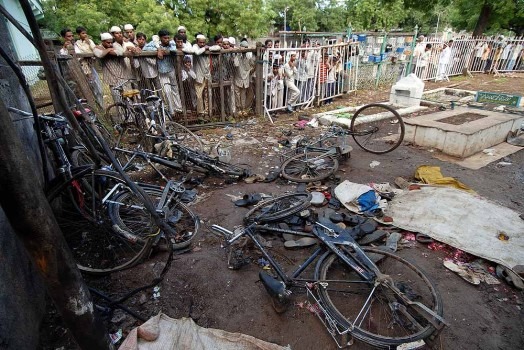 Both are accused of attending conspiracy meetings, where the terror attack was planned, along with others.

The Bombay High Court granted bail to Thakur earlier this year, while Purohit was given the relief by the Supreme Court last month.

Six people were killed and nearly 100 others injured when a bomb strapped to a motorcycle exploded in Malegaon town in Nashik district, about 200 km from here, on September 29, 2008.

Twelve people, including Thakur and Purohit, were arrested in connection with the blast.

All the accused were booked under the stringent Maharashtra Control of Organised Crime Act (MCOCA), Unlawful Activities Prevention Act (UAPA), besides under various sections of the Indian Penal Code (IPC).