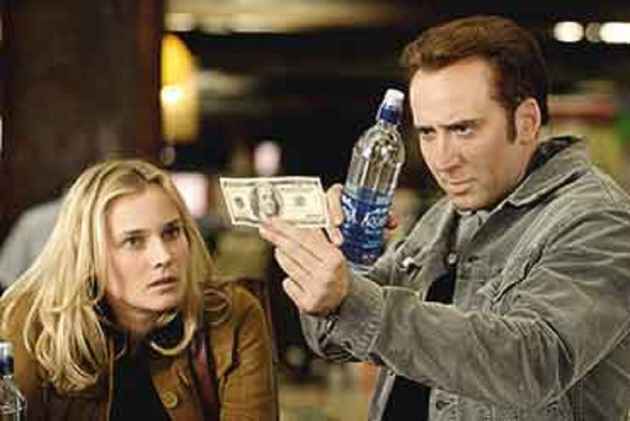 Actor Nicolas Cage, who is voicing Spider-Man Noir in Sony's upcoming animated film "Into the Spider-Verse", has said that he based his performance on Humphrey Bogart.
In an interview, the 54-year-old actor said that Bogart and other Hollywood screen legends from the ’30s and ’40s served as inspirations for the characterization of Spider-Man Noir.
"There are multiple Spider-Men in different dimensions that are kind of colliding together. My character's Spider-Man Noir. He's really Peter Parker from the '30s. I tried to channel those noir films with (Humphrey) Bogart, and have those kinds of sounds that he might make with (James) Cagney or Edward G Robinson, that kind of way of talking," Cage said.
"I tried to give the character that. It was a lot of fun. I think it should be quite funny. The movie definitely has a sense of humour, and that's a good thing because it's good for the whole family." he added.