Actor Nicolas Cage and Riko Shibata who got married last year are expecting their first baby together. 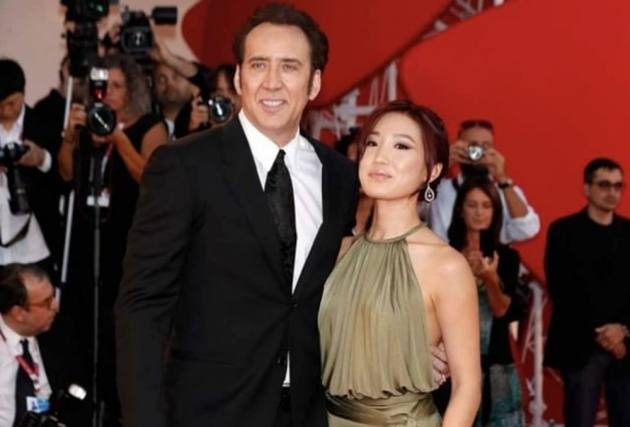 Hollywood star Nicolas Cage surprised fans on his birthday. The actor and his wife Riko Shibata are expecting their first child together, which will also see Cage become a dad for the third time after previously welcoming sons Kal-El, 16, and Weston, 31.

A representative for the couple confirmed the news of Shibata's pregnancy to People magazine on Thursday."The parents-to-be are elated!" the spokesperson said.

The couple’s big news comes close to a year after they surprised fans by getting married in Las Vegas. Cage, 58, and Shibata, 27, got married in a small ceremony on February 16 last year, a date chosen to honour the birthday of Cage's late father.

On his news about marriage, Cage had told People magazine,  "It's true, and we are very happy". The couple met in Shiga, Japan, through mutual friends while Cage was filming Sion Sono’s ‘Prisoners of the Ghostland.’

As reported by Perthnow, Cage had said, “We met in Japan and I thought she was stunning when I met her. We had a lot in common. She likes animals, too, so I asked her, ‘Do you have any pets?’ And she said, ‘Yes, I have flying squirrels.’ She had two sugar gliders ... I thought, ‘That’s it. This could work out”.

The actor had already been married four times before marrying Shibata. He married Patricia Arquette in 1995 and divorced her six years later. Cage married Lisa Marie Presley in 2002 before divorcing her in 2004. He next married Alice Kim and they welcomed their son Kal-El and divorced nearly a decade later. In March 2019, the "Con Air" star married Erika Koike in Las Vegas but four days later, the duo requested an annulment. Their divorce was granted in June 2019.