The 2012 Delhi gang-rape case finally came to an end in the wee hours of Friday morning as four Nirbhaya case convicts were hanged to death in Delhi's Tihar jail. 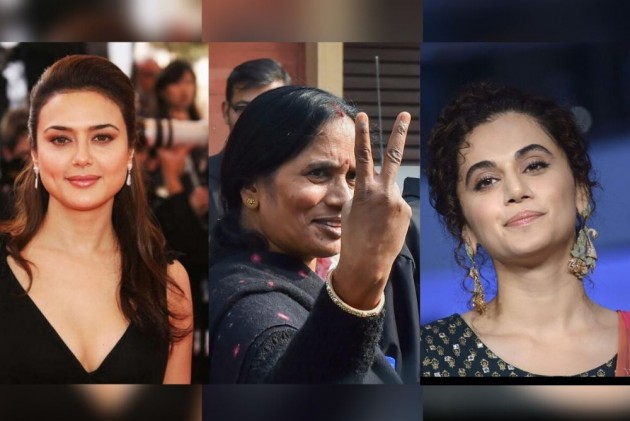 The 2012 Delhi gang-rape case finally came to an end in the wee hours of Friday morning as four death row convicts were hanged to death in Tihar jail. The Nirbhaya case convicts' last minute petitions were dismissed hours before their execution and were hanged after trying to get an extension for the last two months. The Nirbhaya case, which garnered attention from all over and led to a poignant change in India's judiciary system for rape victims, is a ray of hope.

The 23-year-old physiotherapy student, who was brutally gang-raped on a moving bus in Delhi in 2012 and died days later in a Singapore hospital has finally got justice. Her father, Badrinath Singh, addressed the media outside Tihar Jail on Friday morning and said, "Today is our victory and it happened because of media, society & Delhi police. You can understand what is inside myheart by my smile". Whereas Nirbhaya's mother, Asha Devi, was equally ecstatic and said, "As soon as I returned from Supreme Court, I hugged the picture of my daughter and said today you got justice." She was also seen flashing a victory sign.

Actress Preity Zinta was one of the first Bollywood celebs to react. She tweeted and wished that the trial was faster. "Finally the #Nirbhayacase comes to an end. I wish it would have been faster but I’m happy it’s over. Finally she & her parents are in peace. #RIPJyoti#RIPNirbhaya#Justicedelayed#TookTooLong," the actress wrote:

Take a look at celebrities' reaction on Nirbhaya's case below:

Finally the #Nirbhayacase comes to an end. I wish it would have been faster but I’m happy it’s over. Finally she & her parents are in peace. #RIPJyoti #RIPNirbhaya #Justicedelayed #TookTooLong

If #Nirbhaya rapists were hung in 2012 the judicial system would have stopped so much crime against women. Fear of the law would have kept the lawless in check. Prevention is always better than cure. It’s time the Indian govt. takes steps for judicial reforms. #RIPNirbhayaðÂÂÂÂÂÂÂÂÂÂÂÂÂÂÂÂÂÂÂÂÂÂÂÂ

Nirbhaya Justice. “Jaisi karni waisi bharni” Let this set an example not only in India but world over. Punishment for rape is by death. You have to respect womanhood. Shame on the people who delayed the execution. Jai Hind! pic.twitter.com/ENyjTxwlMI

Finally justice has been served for #Nirbhaya, I pray for the much needed mental peace for her parents now. ðÂÂÂÂÂÂÂÂÂÂÂÂÂÂÂ #JusticeForNirbhaya #nirbhayagetsjustice pic.twitter.com/MVQARRDHWE