Recalling the two warring sides of the epic Mahabharat, Gandhi said the BJP, like the Kauravas, fought for power, while his party, on the lines of the Pandavas, battled for truth. 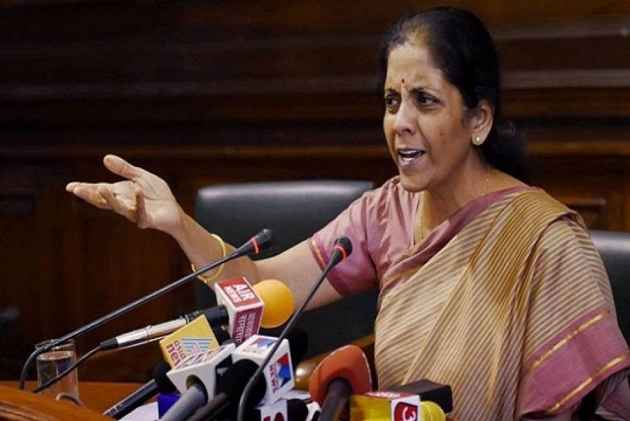 Taking a dig at Rahul Gandhi's remarks at the Congress's plenary session, the BJP on Sunday said that the party which questioned the "fundamental existence" of Lord Ram today wants to be identified with the Pandavas.

Giving a point-by-point rebuttal of Gandhi's speech, senior BJP leader and Defence Minister Nirmala Sitharaman termed his address as the "rhetoric of a loser" and "devoid of substance."

Recalling the two warring sides of the epic Mahabharat, Gandhi today said the BJP, like the Kauravas, fought for power, while his party, on the lines of the Pandavas, battled for truth.

"The party which questioned the fundamental existence of Shri Ram today wants to identify itself with Pandavas," Sitharaman said.

"I have never heard of a èÂÂongress' priest and a èÂºJP' priest, but Rahul Gandhi has narrated a whole story on that, just a way to mock Hindus and Hinduism," she said.

Earlier in the day, Gandhi had narrated a story about his meeting and conversation with priests during his visit to a temple.

Taking on Gandhi over his attempt to link Modi with fugitives Nirav Modi and Lalit Modi, she termed it as "a fake narrative".

"Mr Gandhi who himself is out on bail in the National Herald case shares a surname with the Father of the Nation, is that a reflection on the Mahatma," Sitharaman said.

Hitting back at Gandhi over his attack on Amit Shah, Sitharaman said that it was astonishing that the Congress president chooses to make allegations against the BJP chief even though he has been cleared by a court.

"Gandhi himself is out on bail in the Herald case, whereas our party President Amit Shah ji, has been cleared by court," she said.

On Gandhi's remarks on independence of the judiciary and the media during the Modi government's tenure, Sitharaman wondered from when the Congress became the protector of the judiciary.

"Do I need to remind how Indira Gandhi treated the judiciary when one verdict went against her. Rajiv Gandhi in 1988, almost brought a bill to curtail the freedom of the press.

"Indira Gandhi blacked out the media during the Emergency. And the grandson is talking about the freedom of the press," she said.

Reacting to senior Congress leader P Chidambaram's jibe at the RBI that it should learn to count money from Hundi collectors in Tirupati, Sitharaman said, "The RBI should hire the Congress for counting black money, as they are familiar with counting it."

On Gandhi's charges against Narendra Modi and the BJP-led government at the Centre, Union minister Prakash Javadekar said the Congress president should apologise for his party's misdeeds first and then attack the prime minister.

"While accusing the Modi government he forgets that the Congress did the worst of genocide of Sikhs. They brought media censorship and are known for all kinds of corruption and scams. He should first apologise for all these," he said.