No Choice As Choice

The Manipur results surprised all. It shouldn't. The Congress’s victory was preordained, not by its virtue but by the absence of a credible adversary 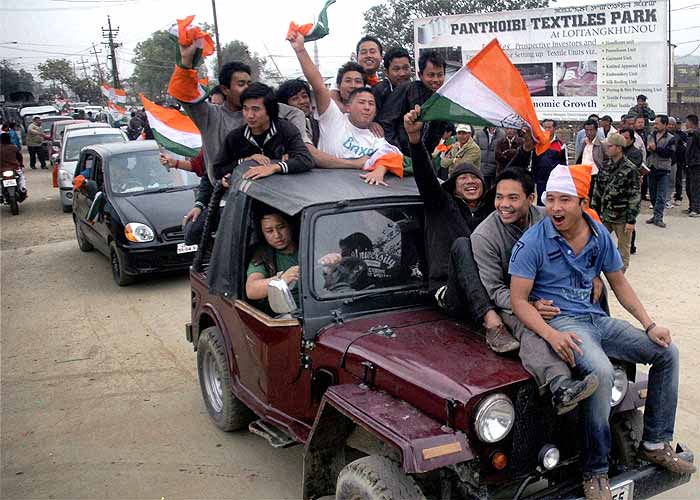 The Manipur results surprised all. It shouldn't. The Congress' landslide victory of 42 seats in the house of 60 was a foregone conclusion. The party however did not win out of its own merit. The government that it headed, as many political commentators noted, inspired only anger and indignation. There would not be one in the state who has not complained in exasperation about the rampant official corruption, or not thrown up his arms in helpless bewilderment at having to do with two hours of electricity a day, or not cursed the government for the water taps which have run dry, or not disgusted at the eroding roads everywhere.

There would likewise be few who have not shown a clenched fist at the government for the continued imposition of the draconian Armed Forces Special Powers Act (AFSPA), for the repeal of which one gritty woman, Irom Sharmila, has been on an epic hunger strike for nearly 12 years now. She remains alive only because of forced nose- feeding in custody.

Then there is the question of an abject lack of governance which has allowed the law and order to slip into the hands of any organisation with some nuisance value. The periodic prolonged blockades on the state’s lifelines with the government looking the other way, which have heaped untold misery, uncertainty and insecurity on the man on the streets are the most immediate evidence of this.

Yet, Manipur came out and voted resoundingly to bring back the government it hated from its guts. Why? 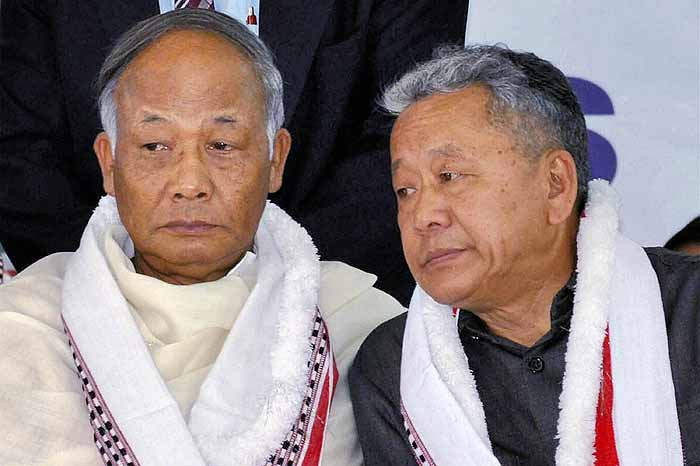 In the two unbroken Assembly terms that the Congress was in power with chief minister Okram Ibobi Singh at the helm, almost all other political parties of some standing in the state were, either voluntarily or else by compulsion, on a path of self destruction. Most of the time they were conspicuous by their silence. Many of their legislators hung around and nagged ministers for favours.

In the run up to the election, many of these MLAs queued up for Congress tickets. In short, most of these parties were reduced to subservient allies of the ruling party all along. At least one party, the Communist Party of India, CPI, remained a formal partner in the coalition in the state, even after it broke its alliance at the centre.

The opposition space in the state was thus was reduced to a vacuum. This is the vacuum that a shrill and pushy party with a charismatic leader like the Trinamool Congress tried to fill up. The party fielded 47 candidates and won seven seats, a commendable achievement for a new comer. Had it entered the stage a little earlier, it probably would have done much better. All other parties ended up with candidates in less than half the Assembly constituencies, depleted in morale and commitment.

Desperately trying to remain relevant, four of them urgently formed a pre-poll electoral alliance called Progressive Democratic Alliance, PDA, but as the elections proved, this was too little too late, despite the alliance attracting seven more parties at a later stage.

The PDA partners also probably did not consider the thought that under the Anti Defection Law, the ceiling on the size of the cabinet is low – 12 including the chief minister – and therefore a coalition of more than two parties is likely to become extremely strained as the only proven incentives of such coalitions is ministerial berths. The PDA hence did not present a picture of stability and therefore was unable to instil any sense of confidence to the badly fractured and shaken electorate of Manipur.

The ruling Congress on the other hand was strong, resourceful, and because of its strength was able to posture as a non partisan party, reaching out to all ethnic groups and regions, setting up candidates in all the 60 constituencies, and also campaigned with the confidence of winners. This image was radically different from that of any of the other parties in contention or for that matter all of them combined.

Though the Congress was not loved, it came to be seen as the only party which would be able to provide the sinews capable of holding the badly divided state together. The party’s victory was thus preordained, not by its virtue but by the absence of a credible adversary. Manipur’s choice of the Congress was because it had no other choice.