No Closure As Yet 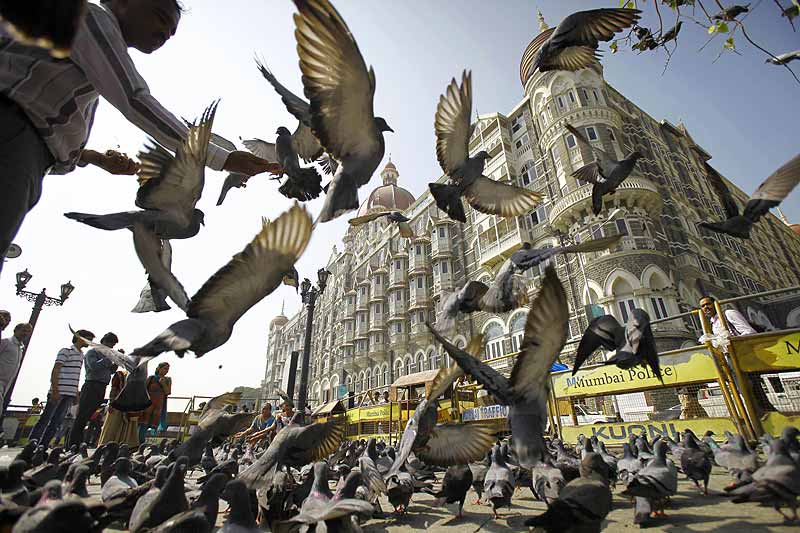 Public satisfaction over the execution of Ajmal Kasab, the Pakistani terrorist belonging to the Lashkar-e-Toiba (LET), in a Pune jail on the morning of November 21,2012, should not make us forget that no action has been taken so far by the State of Pakistan against the master-minds of the 26/11 terrorist strikes in Mumbai.

Seven of them have supposedly been arrested and are being tried before a special court in Rawalpindi, but their trial is being frequently adjourned. No action has been taken by the Pakistani State against the LET, the terrorist organisation associated with the Inter-Services Intelligence (ISI) of Pakistan, which planned and carried out the terrorist strikes.

Hafiz Mohammad Sayeed, the Amir of the LET and its political wing called the Jamaat-ud-Dawa, who was the principal conspirator of the terrorist strikes in Mumbai, is still a free man and his anti-India terrorist infrastructure remains unimpaired. The officers of the ISI, who played a role in helping the LET in the planning and execution of the terrorist strikes, have escaped any consequences of their involvement.

The execution of Kasab has brought to a closure the involvement of one individual in the terrorist strikes. There is no closure as yet relating to the entire conspiracy and the State and the non-State actors and their organisations involved in it. Unless they are brought to final justice, the Government cannot claim success in its efforts to ensure that the law takes its course in the conspiracy.

We were a soft State before 26/11 and we continue to be a soft State after 26/11 and the execution of Kasab. The failure of the Indian public and voters to exercise adequate pressure on our Government to act effectively against the sponsorship of terrorism by Pakistan against our citizens in our territory is responsible for the continuing softness of our State in dealing with Pakistani sponsorship of terrorism.

Now that Kasab has been executed, efforts will be made to draw electoral mileage out of it during the next election by projecting it as an indicator of the Government’s determination to deal with Pakistan-sponsored terrorism. The voters should not let themselves be misled by the Government claims and insist on more substantial results.

Kasab is no more, but the jihadi terrorist threat posed by the State of Pakistan and its non-State creations remain as serious as before. We need a comprehensive counter-terrorism strategy to deal this. We do not see any signs of it so far. It must be made clear to our Government that it will be held accountable for its sins of commission and omission if it does not take its actions to their logical conclusion against the Pakistani perpetrators operating from Pakistani territory.

We should not be under any illusion that the execution of Kasab would have any deterrent effect on the jihadi terrorists operating from Pakistani territory and their State sponsors. Deaths will not deter them from carrying on their irrational jihad. Only the neutralisation of their ground capability once and for all will bring us respite. How to neutralise their capability and infrastructure is a question that should engage our continuous attention.

There will be attempts to avenge the execution of Kasab. We should be prepared for retaliatory strikes in India, including Jammu & Kashmir, Pakistan, Afghanistan and other foreign countries. Our ability to prevent retaliatory attacks would depend on the capabilities of our intelligence and physical security agencies.

Much has been done to strengthen their capabilities and reflexes after 26/11. There will be a need for a review of these capabilities in the wake of the execution of Kasab in order to identify continuing deficiencies and take action to fill them.

Terrorist strikes in Pune, Mumbai and Delhi after 26/11 and their unsatisfactory investigation have underlined the deficiencies. We still have undetected sleeper cells in these places and elsewhere constituted by the Indian Mujahideen. Since we have not been able to arrest and interrogate all of them, we do not have a clear idea of the continuing Pakistani involvement with the remnants of the IM. These remnants are likely to play an active role in retaliatory action sought to be mounted by the LET with the complicity of the IM.

If the National Counter Terrorism Centre (NCTC) had been set up in time and had it started functioning as it was supposed to, we might have been in a better position to detect and neutralise preparations for retaliatory action. The exercise to set up the NCTC has come to a halt due to political mishandling. This exercise needs to be resumed and completed vigorously.

B. Raman is is Additional Secretary (retd), Cabinet Secretariat, Govt. of India. This article was originally written for the Economic Times