No-confidence vote against Narendra Modi government: The 32 minutes allotted to Congress in the debate is grossly inadequate, says Leader of the Congress in the Lok Sabha Mallikarjun Kharge. 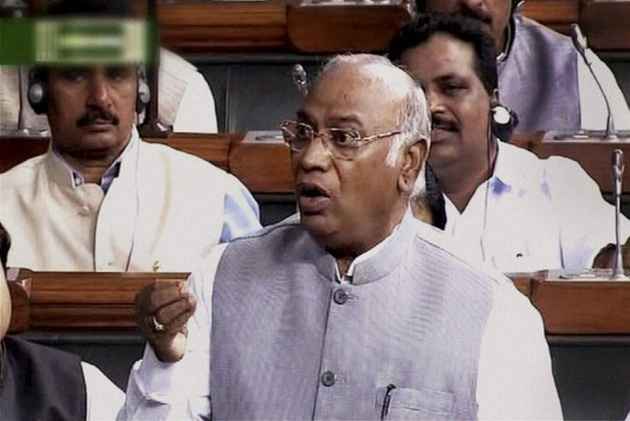 Leader of the Congress in the Lok Sabha Mallikarjun Kharge on Friday accused Speaker Sumitra Mahajan of being unfair in allotting too little time to the opposition in the debate on the no-confidence motion and said the discussion cannot be treated as Question Hour.

The 32 minutes allotted to his party is grossly inadequate, Kharge said. A few minutes to each speaker is not enough to raise the host of issues, including those affecting farmers, women and Dalits, he added.

Some parties have been allotted 25 minutes and some just 15 minutes, Kharge pointed out.

"....There is a problem of farmers, Dalit issues, women issues. Can these issues be explained in one minute. You need at least half an hour for each speaker. The biggest party is being allotted 32 minutes by the speaker and they say the allotment is as per rules," Kharge told reporters outside Parliament.

The speaker, he said, can bring an amendment in rules for allotment of more time.

"The debate on the no-confidence motion cannot be treated as Question Hour. Even small bills are allotted six-seven hours," the Congress leader said.

The Congress and other parties have indicated that they are keen to utilise the debate to attack the government on a range of issues, including farm distress, slow economic growth and the rising incidents of lynching.