On Friday, Gandhi raised the Jay Shah issue in Parliament but it was struck off the record by Speaker Sumitra Mahajan. 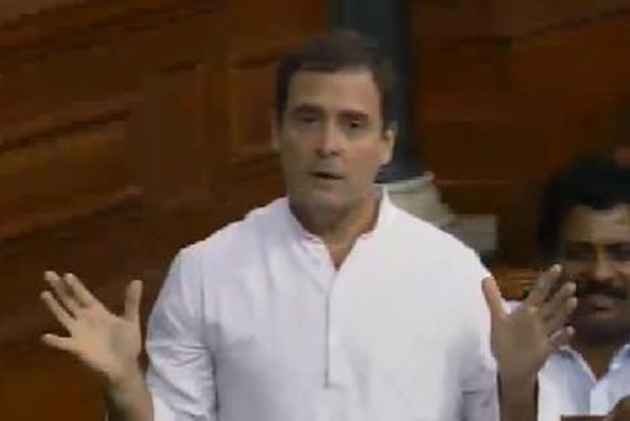 The Congress-led UPA government was cornered by the BJP in 2014 on the issue of corruption in government. Now in the no-confidence motion it is planning to corner the BJP-led NDA government on the same issue: corruption.

#WATCH: Congress President Rahul Gandhi tells TDP during #NoConfidenceMotion in Lok Sabha, "You are the victim of a 21st-century political weapon. I want to tell you that you are not the only one. The political weapon is called the 'jumla strike'" pic.twitter.com/FiGWQqX8Pa

On Friday, Gandhi raised the Jay Shah issue in Parliament but it was struck off the record by Speaker Sumitra Mahajan.

The key strikes against the government planned by the Congress, which has backed the TDP call for no-confidence is based on three other agendas: unemployment,  the agricultural crisis and farmer suicides, and finally on the deterioration of social harmony due to prevalence of things like cow vigilantism, lynchings of ‘outsiders’ on alleged fears of child abduction.

It will be closely watched if the speech by Rahul Gandhi, the Congress president, will mention minorities or Muslims in particular. Of late the opposition has come under attack from different quarters for being a “party of Muslims”. The PM, Narendra Modi recently asked the question, albeit rhetorically, whether there is room in the Congress for Muslim women as well.