Under the current laws anyone born in the US irrespective of the nationality of their parents is given citizenship of the US. 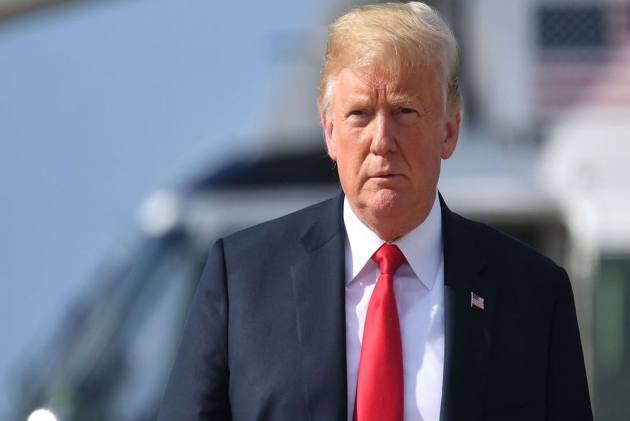 US President Donald Trump on Wednesday said that no constitutional amendment was required to end the birthright citizenship -- the process by which babies born in the country to the non-US nationals automatically become citizens -- as this can be done with an executive order, bringing his tough stance on immigration ahead of the crucial mid-term elections next Tuesday.

In his latest hardline immigration rhetoric, the US President had on Tuesday expressed his intention to take the path of executive order to deny automatic citizenship to children born of non-American parents in the US, saying the birthright citizenship "has to end".

Trump's remarks came following widespread outrage over an interview in which he announced plans to terminate the right to citizenship for babies born on the US soil to non-citizens.

Under the current laws anyone born in the US irrespective of the nationality of their parents is given citizenship of the US.

"Birthright citizenship is a very, very important subject. In my opinion, it's much less complex than people think. I think it says it very loud and clear in the Constitution that you don't have to go through the process of whatever they're talking about," Trump told reporters at the White House on Wednesday.

"You don't need a Constitutional amendment for birthright citizenship. I believe that you can have a simple vote in Congress or it's even possible -- in my opinion, this is after meeting with some very talented legal scholars -- that you can do it through an executive order," said the US President.

At the same time, Trump said his first preference would be to make the changes through the Congress, which would be a permanent thing. "I would rather do it through Congress because that's permanent. But I really believe we can do it through executive order," he said.

Trump said that the issue would be ultimately decided by the Supreme Court.

"Just so you understand, a person comes in -- was never in our country before -- has a baby, now all of a sudden the baby's a US citizen. And through chain migration and other things, many other people come in through the baby, it's ridiculous," Trump said.

Meanwhile, US lawmakers continued to criticise Trump for his view on birthright citizenship.

"This form of citizenship is explicitly enshrined in the 14th Amendment and cannot be undone by presidential fiat. But President Trump doesn't understand that, or care to, as he has apparently decided that flippantly threatening to upend the Constitution to exploit anti-immigrant sentiment is good politics," Senator Patrick Leahy said.

Congresswoman Sheila Jackson Lee said that this is just another attempt to scare the electorate, with no basis in the Constitution, and to distract the country from the xenophobia and intolerance that has defined the first two years of the Trump Presidency.

"Democrats are offering a better deal, For the People, which put the people first. It means lowering health care costs and prescription drug prices; it means increases in pay through strong economic growth by rebuilding America; and, it means rooting out corruption and ensuring that Washington works for the people," she said.