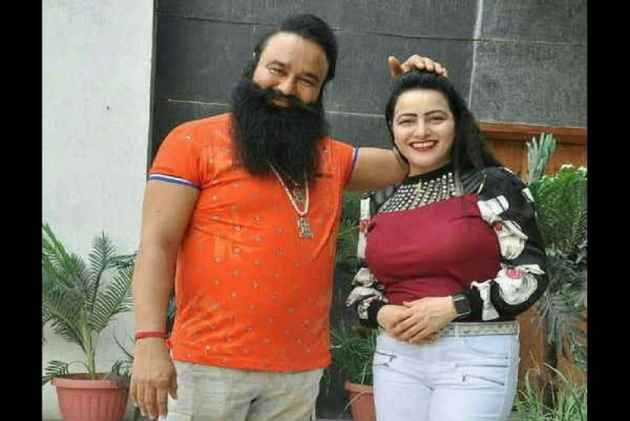 When asked about the Honeypreet's anticipatory bail plea, Ahir, in a veiled attack said a criminal is a criminal, he or she will make efforts to escape the law and that no criminal should be spared.

"It is the job of the police and the security agencies to nab criminals. No criminal should be spared. Police is doing its work properly...We will arrest all culprits in this case," he added.

Honeypreet Insan has been on the run following the conviction of Ram Rahim Singh in two rape cases.

Arya told ANI that Honeypreet was in constant contact with him and that he would move the Delhi High Court tomorrow seeking bail for his client.

"It took time for her to decide I guess. As soon she contacted us, we took the necessary steps. Honeypreet came today in the afternoon at my office in Delhi's Lajpat Nagar to sign the bail papers," he said.

When questioned about Honeypreet's whereabouts, Arya said that he had no clue about it.

He said that Honeypreet is very upset with the conviction of the Dera chief and the 'irresponsible' presentation of her relationship with Ram Rahim.

"We are requesting for urgent hearing. Primarily, she has been charged with treason. The charges farmed against her are incorrect," Arya said.

The Haryana Police on September 18 released a 'wanted list' of 43 people, over the violence unleashed after Ram Rahim's conviction in connection with two rape cases. The list had Honeypreet Insan's name at the top.

Dera Sacha Sauda followers indulged in several acts of violence after a CBI court ordered Ram Rahim's conviction in connection with the two rape cases on August 25. The violence resulted in the death of 41 people and injuries to more than 250 others.