No Decision On Removal Of AMU Jinnah Portrait Yet: Govt Tells Parliament

Violence had broken out on the AMU campus on May 2 as the row over the portrait triggered a right-wing protest. 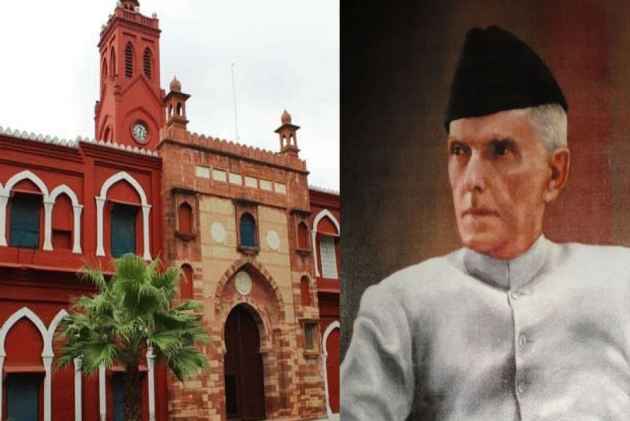 The Aligarh Muslim University (AMU) is yet to take a decision on removing a portrait of Muhammad Ali Jinnah from the office of its students' union, an issue that had triggered a controversy in May, the government on Monday informed Parliament.

The information was shared by Satya Pal Singh, Minister of State for HRD, in a written reply to a question in the Lok Sabha.

"The students' union has been dissolved and any decision on the issue can only be taken by the newly-elected union, when formed," Singh said.

BJP MP from Aligarh Satish Gautam had objected to the portrait of the founder of Pakistan on the walls of the AMU students' union office and written to the vice-chancellor of the university, seeking its removal.

Violence had broken out on the AMU campus on May 2 as the row over the portrait triggered a right-wing protest and sparring between two leaders of the ruling BJP.

At least six people were injured when the police lobbed teargas shells to disperse the AMU students demanding the arrest of those who had earlier barged into the campus shouting slogans.

A function to grant life membership of the students' union to former vice-president Hamid Ansari, scheduled on the same day, was called off and Ansari had to return to Delhi.