Banners were also seen installed outside one of the polling booths which read "we will boycott elections if safe drinking water not provided to us". 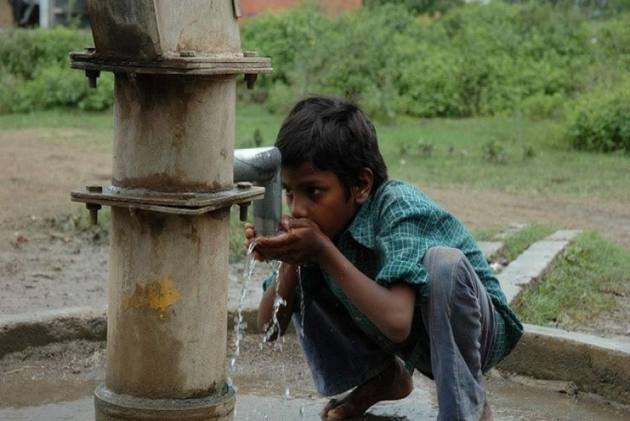 As the Assembly elections in Madhya Pradesh are inching closer, residents in Damoh's Jabera are staging protests over the lack of clean drinking water in the village.

Protesting villagers have warned the local administration of boycotting polls over the unavailability of clean drinking water.

Urging the government to address the issue at the earliest, one of the villagers told ANI, "We are facing the problem of inadequate clean drinking water since 30-40 years. We have approached the district administration several times demanding a pond from where we (villagers) can fetch clean water for domestic use, but our demands have gone in vain. We won't vote if safe drinking is not provided to us. We have pledged to boycott the elections this time."

Meanwhile, a girl, who was seen carrying a water container on her head and walking down a pothole-ridden road in the scorching heat, revealed that as the villagers have no proper water facility, they are compelled to travel at least two to five kilometres each time to get clean water for drinking or domestic purposes. The girl also said that due to this, children are bound to miss classes.

Expressing the ordeal, another villager claimed that with the onset of summer, the situation takes a turn for the worse as villagers are bound to leave to the village due to lack of clean water.

"We have raised this issue several times in front of Sub-Divisional Magistrate (SDM), Collector, and Member of Parliament (MP) but this has borne no fruit. We are suffering a lot. We have decided to boycott elections this time if no action is taken. We will also not vote for 2019 Lok Sabha elections if the situation remains persistent," the villager said.

Banners were also seen installed outside one of the polling booths which read "we will boycott elections if safe drinking water not provided to us".

Madhya Pradesh Assembly elections will take place on November 28 to elect members to the 230 constituencies in the state. The result of the polls will be declared on December 11.

The election is being perceived as a direct political battle between the Bharatiya Janata Party (BJP) and the Congress. While incumbent Chief Minister Shivraj Singh Chouhan is looking to secure his consecutive fourth term, the Congress will fight for regaining power after being overpowered in 2003.