"When it was held under such tight security and close relatives are separated by a glass screen, it has little meaning," she said. 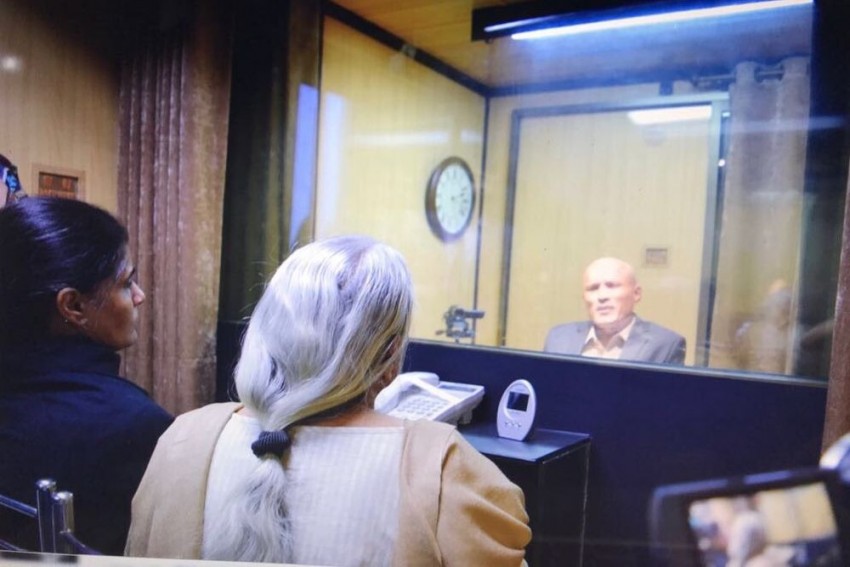 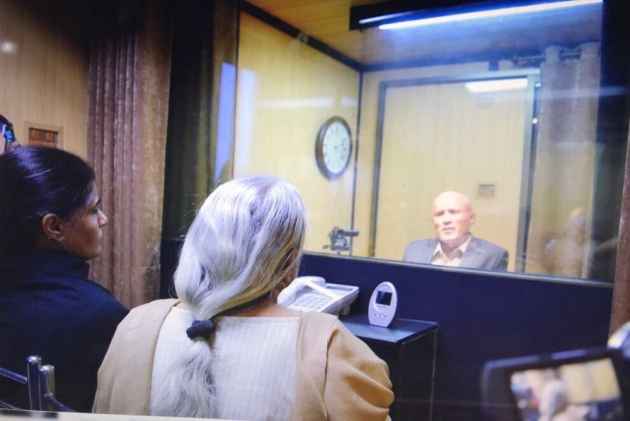 Dalbir Kaur, the sister of Sarabjit Singh, who died in a Lahore jail in 2013, said Pakistan played a "cruel joke" by not allowing Kulbhushan Jadhav to meet his wife and mother freely and dubbed the entire exercise a "drama".

Jadhav, on death row in Pakistan for alleged spying, was allowed to meet his wife and mother -- but separated by a glass screen -- in a choreographed event that unfolded in tweets, photos and TV footage.

It was the fist time Jadhav was meeting his family since his arrest in March last year, and Pakistan portrayed it as a humanitarian gesture to mark the birthday of the country's founder Muhammad Ali Jinnah.

But Kaur found no "humanism" in the meeting. "When it was held under such tight security and close relatives are separated by a glass screen, it has little meaning," she said.

Having lost her brother four years back in Pakistan, Kaur said she could fully understand what Jadhav's family must be going through at this hour.

"Jadhav or his family would know what they were going through by 'meeting' but in real sense not meeting at the same time. His family would have wanted to hug him, talk to him freely. But nothing of that sort happened. What solace would this meeting have provided them."

Pakistan portrayed the meeting as a humanitarian gesture, but if they believed in humanism, they should have allowed the family to meet Jadhav freely, she said.

"But we know they have no 'insaniyat' (humanism). They played a cruel joke on Jadhav's family and with people of our country. They staged drama of a meeting, which I can say was just a sham."

Speaking to PTI over phone, Kaur said Pakistan had pre- planned everything. "They played to the gallery and tried to befool the international community."

She said "this was just a drama enacted by Pakistan, and the Indian government should treat it like that only".

"Everyone knows that Pakistan breeds terrorism. They do not know what justice is. India should take up Jadhav's case even more forcefully while the international community should put pressure on Pakistan and expose them," she said.

Pakistan claims its security forces arrested Jadhav from its restive Balochistan province after he reportedly entered from Iran. It claims that he was in possession of an Indian passport that identified him as Hussein Mubarak Patel.

India, however, maintains that Jadhav was kidnapped from Iran where he had business interests after retiring from the Indian Navy.

Jadhav, 47, was sentenced to death by a Pakistani military court on charges of espionage and terrorism in April, following which India moved the ICJ in May. It is expected to hold another hearing in March or April.

About Jadhav, Kaur said, "Just because he is an Indian, he has been given death sentence. This shows the hatred and enmity Pakistan harbours towards India".

Kaur's brother Sarabjit had died following an assault by fellow inmates at a Lahore prison in April 2013. He was convicted of terrorism and spying by a Pakistani court and sentenced to death in 1991. However, the government had stayed his execution for an indefinite period in 2008.