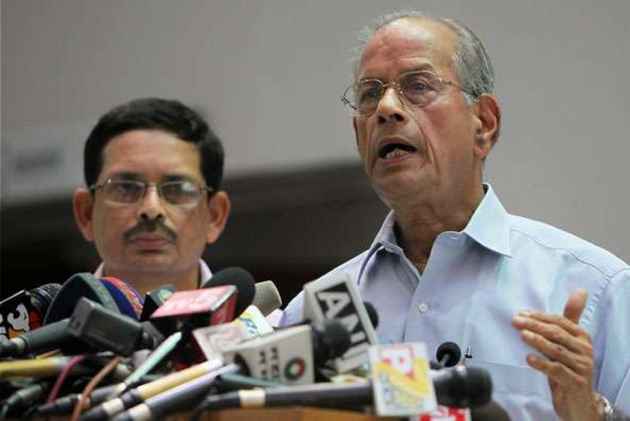 Delhi Metro Rail Corporation has withdrawn from Kerala's  light metro projects even as Metro Man E Sreedharan said the decision was taken as the DMRC  found "no initiative or interest" from the CPI (M)-led LDF government.

DMRC Principal Adviser E Sreedharan said two offices set up by DMRC in Kozhikode and Thiruvananthapuram are being closed down as it had been incurring a monthly expenditure of Rs 16 lakh.

Sreedharan said the decision to withdraw from the project was taken following the reluctance of the state government to sign the turnkey consultancy agreement for the preparatory works of the system.

Addressing a press meet here, Sreedharan said he had written to state PWD Principal Secretary G Kamala Vardhana Rao, informing that without the main metro projects or the preparatory works being taken up, it was not possible for the DMRC to continue incurring this expenditure.

The offices will be completely closed down by March 15, he said.

Noting that DMRC is a government company, he said without work, the offices could not be kept functioning.

The officers on deputation have been sent back, Sreedharan said.

Sreedharan had in a letter sent to Rao on February 16 said, "DMRC has decided to withdraw from the Light Metro Projects of Thiruvananthapuram and Kozhikode altogether with immediate effect."

"... With great dismay and reluctance, DMRC is compelled to notify the state government that we would like to withdraw from the Light Metro projects altogether," the letter said.

Copies of the letters were distributed to the media.

The 'Metro Man' said he had met Chief Minister Pinarayi Vijayan and PWD Minister G Sudhakaran many times to bring to their notice the lack of progress made in the project.

Although they had assured that everything would be sorted out, no progress was made, he said.

"We have no choice but to withdraw from the project," Sreedharan said.

He said he wanted to meet the chief minister to inform him about the company's decision but till now no appointment has been granted.

The 85-year-old Sreedharan was the key architect of the state's Kochi metro project which was inaugurated by Prime Minister Narendra Modi last year.

He is popularly known as the Metro Man for his work in transforming public transport in India, particularly his work with Delhi Metro.