A memorandum issued by Tripura government advising its officials to avoid wearing jeans, denim wear, and sunglasses during official duty has come in for severe criticism from Opposition parties. 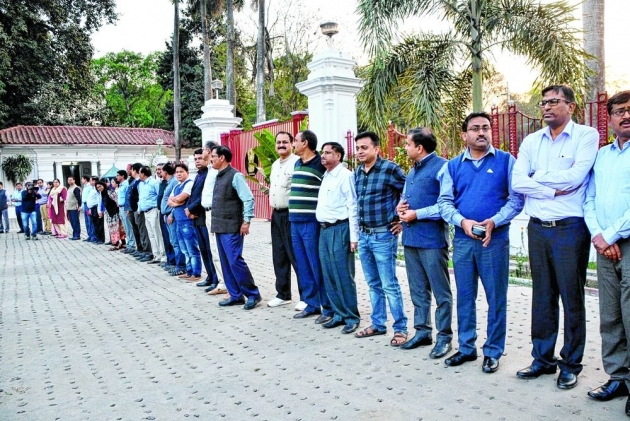 Now bureaucrats in Tripura have to avoid jeans, denim wear and sunglasses on duty. A memorandum issued by the BJP-IPFT government in the state says so.

“District Magistrates, ADMs being the district head need to ensure that in/at the state level official meeting which are chaired by the Honorable Chief Minister, Deputy CM, Ministers, Chief Secretary etc. or other high-level official meetings due regards needs to be given to the dress code,” the memorandum said.

The Indian Express reported that the memorandum was issued on August 20.

I have three decades of experience of working in the Indian government and I am yet to see an officer from the IAS or central services come to the office wearing casual attire," Principal Secretary Sushil Kumar quoted as saying.

The order, however, drew flak from the oppositions who said it reflects the “feudal mentality” of the government.

“This is a feudal mindset. Government is ignoring basic problems but turning non-issues into an issue with a design to divert the attention of the people from their failure on all fronts," said Tripura Pradesh Congress vice president, Tapas Dey.

Criticising the memorandum, CPM’s Goutam Das said the order was a reminder of the colonial rule under the British.

"We are a democratic country. This is not a colonial regime anymore. How can they give orders on what to wear and what to avoid in the name of dress codes? This is most condemnable," said CPM spokesperson Goutam Das.