No Lynching In Tripura In 25 Years Of Left Govt: Former CM Manik Sarkar

Incidents of child lifting, lynching and cow vigilantism are part of the BJP's "sinister design" to divert people's attention from the failures of its government at the Centre, Sarkar alleged. 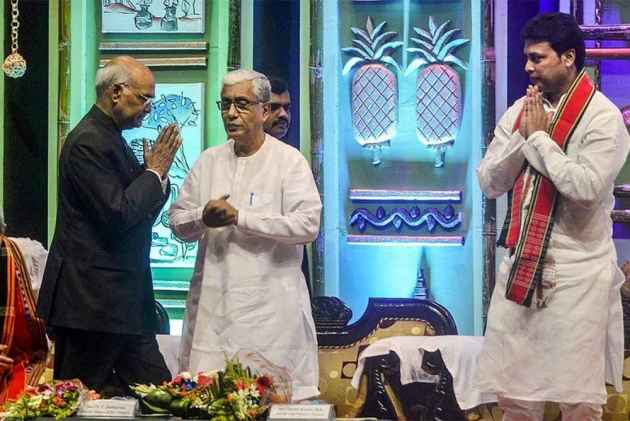 Former Tripura chief minister Manik Sarkar has claimed that no incident of lynching occurred in the 25-year rule of the Left Front in the state and said such incidents happen when a government fails to deliver on its promises and wants to divert the attention of people pointing fingers at it.

The Left leader, who was in Delhi recently to participate in a protest organised by the five Left parties against the "murder of democracy" in Tripura and West Bengal and incidents of lynching, alleged that the BJP failed to fulfil the promises it made in the run-up to the 2014 Lok Sabha polls and was "trying to divide society on the basis of class and creed". Referring to the lynching of four people in Tripura, the former state chief minister claimed "such incidents never happened in the 25-year-long Left Front rule".

According to him, "such incidents happen when the government cannot fulfil the promises made during elections and wants to divert the attention of people pointing fingers at them".

Incidents of child lifting, lynching and cow vigilantism are part of the BJP's "sinister design" to divert people's attention from the failures of its government at the Centre, Sarkar alleged.

Minorities and Dalits are the "worst victim of this fear psychosis" prevailing in the country. "The government wants to muzzle the voices of those who oppose the BJP," he claimed.

Earlier, the Left Front in Tripura had accused the BJP of creating a "situation of frenzy" in the state and alleged that the incidents of mob lynching were part of a "greater conspiracy".

"A movement is taking shape against them because they failed the people. The BJP is scared because of this and is realising that people have turned against them. Suddenly, lynchings have started... This is the way they want to divert people's attention from their weaknesses," he alleged, while talking to PTI.

Criticising the Biplab Deb-led BJP dispensation in the state, he said that just like the Centre, in Tripura, too, the state government has not been able to fulfil its promises made in the run-up to the assembly elections.

He complained that no work was being done under the Mahatma Gandhi National Rural Employment Guarantee Act, "a source of income for tribal and non-tribal people in the rural areas".

"Now starvation has started. The situation has put pressure on the state economy. Trade and business has come to a standstill. People have started questioning the government," he claimed.