No Other Govt Honoured Ambedkar As We Did, PM Modi Slams Politics Over The Dalit Icon

The previous UPA government had dragged its feet on the project for years, Modi said. 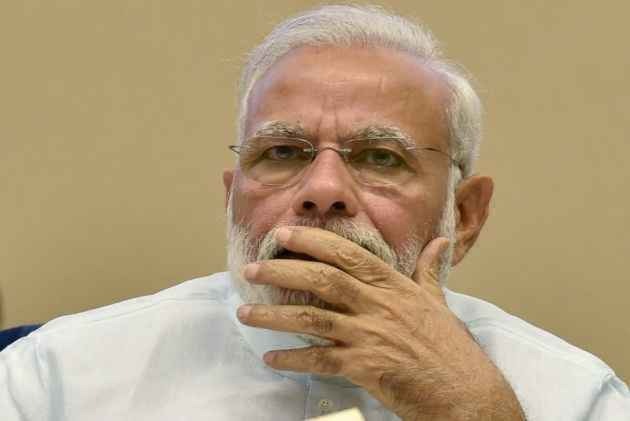 Hitting out at political parties for politicising the legacy of B R Ambedkar, Prime Minister Narendra Modi today said no regime had honoured the Dalit icon like his government had.

The prime minister said his government had given Ambedkar his rightful place by completing projects conceived in his memory.

The 26, Alipur Road house where Ambedkar died would be dedicated to the nation on April 13 on the eve of his birth anniversary, Modi said.

He was addressing a gathering at the inauguration of the Western Court annexe meant to provide accommodation to MPs.

Lamenting that everyone had dragged Ambedkar's name for political gains, Modi said it was his government that completed the Ambedkar international centre though the idea was conceived when Atal Bihari Vajpayee was prime minister.

The previous UPA government had dragged its feet on the project for years, Modi said.

The PM's remarks come soon after widespread protests over a Supreme Curt verdict putting in place safeguards to prevent misuse of a law to prevent atrocities of SCs and STs.