New India Will Not Allow Loot Of Money: PM Modi To Indian Diaspora In France 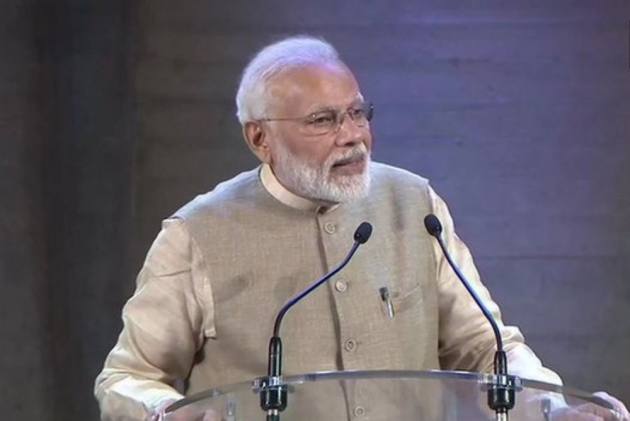 Prime Minister Narendra Modi, who is on a visit to France, addressed the Indian community at the UNESCO headquarters and inaugurated a memorial for victims of two deadly Air India plane crashes in 1950 and 1966.

Both planes crashed in the same region on the Mont Blanc mountain along the French-Italian border. There were no survivors. Homi Jehangir Bhabha, revered as the father of India’s nuclear programme, was also killed in 1966 Air India plane crash.

PM Modi said the new government was committed to eradicating corruption, terrorism and nepotism from the country.

"The new government has completed just 75 days and we are working tirelessly and have taken several big decisions. We have launched a mega scheme for water conservation and abolished the Triple Talaq practice," PM Modi said.

Addressing the Indian diaspora at UNESCO headquarters in France, PM Modi said that India-France friendship is unbreakable and the two countries share historic ties.
He said India is moving fast on the path of development and that the new government has set new goals that were believed to be unachievable in past.
On the Climate change issue, PM Modi said that both France and India were working hand in hand to achieve the goals set for Climate Change. "India will achieve most of the climate change goals set for 2030, in the next year and a half," Modi said.
He said India will be free from Tuberculosis by 2025, five years ahead of the target.
PM Modi is in France on the first leg of his three-nation tour.  On Thursday, he held one-on-one talks with French President Emmanuel Macron at Chateau de Chantilly during which the two leaders reviewed the entire gamut of the dynamic and multi-faceted bilateral relationship.

From France, Modi will travel to the United Arab Emirates on Friday where he would receive the 'Order of Zayed', the highest civilian decoration conferred by the UAE government.