No ISIS Presence In J&K, Only Cases Of Flag Waving: MoS Ahir

Appropriate action under law has been taken against those who were involved in cases of waving ISIS and Pakistani flags in Jammu and Kashmir, the minister said. 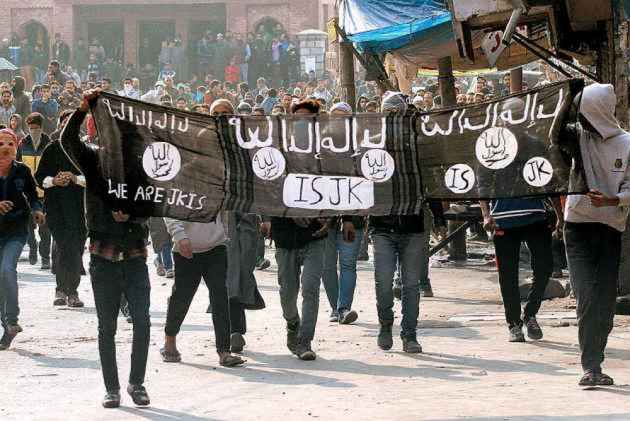 No terrorist of the ISJK, an outfit influenced by ISIS ideology, is active in Jammu and Kashmir and the extent of ISIS presence in the state was till recently limited to waving flags of the global terror group and Pakistan, Union minister  Hansraj Gangaram Ahir said on Wednesday.

Appropriate action under law has been taken against those who were involved in cases of waving ISIS and Pakistani flags in Jammu and Kashmir, the minister said.

"Till recently the extent of ISIS presence in Jammu and Kashmir was limited to waving of ISIS and Pakistani flags by some miscreants. However, on June 22, 2018, four terrorists belonging to the ISJK, an outfit influenced by ISIS ideology, were neutralised in Anantnag district. At present no terrorist of ISJK is reportedly active in the state," he said in response to a written question.

Since the imposition of Governor's rule in Jammu and Kashmir on June 20, 176 people have been arrested for pelting stones, Ahir said in reply to another question.

Besides, there were 39 incidents of terrorist violence in which eight security forces personnel were martyred and three civilians lost their lives, he added.

Fourteen terrorists were also killed in these incidents.