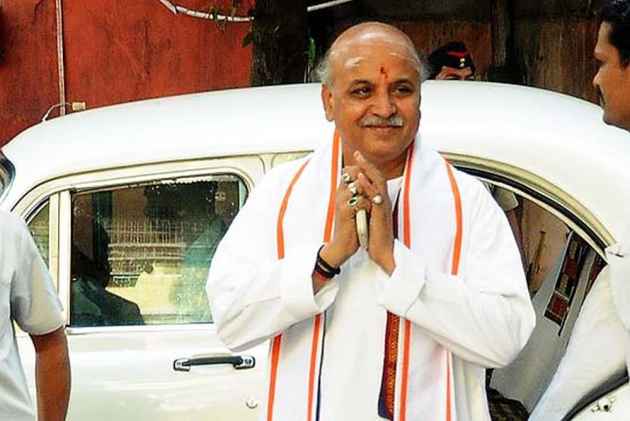 In a surprise message for the Valentine’s Day, Praveen Togadia, the leader of the Vishwa Hindu Parishad (VHP), which has often termed the celebration of the day as anti-Indian, has said that young men and women have the right to love.

Togadia, who is the international working president of the VHP, told VHP and Bajrang Dal supporters in Chandigarh on Sunday that he has passed on a message against holding protests against couples.

His statement has come even as the Bajrang Dal has approached pubs and club owners in Hyderabad’s upscale Banjara and Jubilee Hills, asking them not to plan any special events on Valentine's Day, calling it “a foreign culture”.

However, on Sunday, Togadia said, “Prem nahi karenge to vivah nahi hoga, vivah nahi hoga to srishti kaise chalegi? Yuva aur yuvtiyon ko prem karne ka poora adhikar hai. Vo adhikar unhe milna chaiye (If couples don’t fall in love, there’ll be no marriages. If there’ll be no marriages, the world won’t progress. Young men and women have the right to love, and they should get this right),” as quoted by The Hindustan Times.