The Aam Admi Party today announced the names of Sanjay Singh Narayan Das Gupta and Sushil Gupta as the party’s candidates for the upcoming Rajya Sabha polls from Delhi. 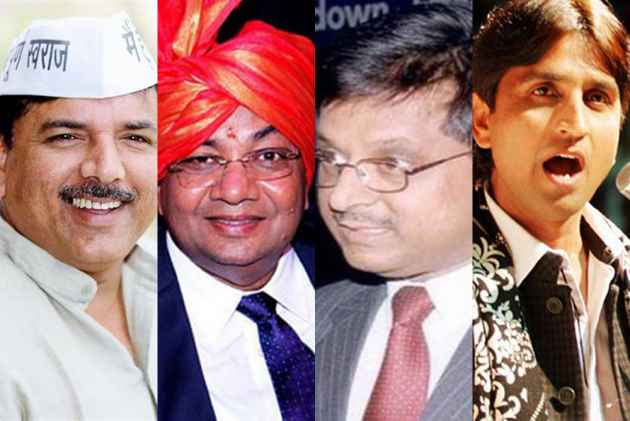 Just after the news broke about Rajya Sabha nomination, Kumar Vishwas expressed disappointment with the party's decision. "I have been punished for speaking the truth," he was quoted as saying by India Today.

"Main janta hun aapki (Kejriwal) icchha ke bina hamare dal mein kuch hota nahi, aapse asehmat reh ke wahan jeevit rehna mushkil hai (I know that nothing in this party happens without your (Kejriwal's) wish. It's difficult to have differences with you and survive there)," Kumar Vishwas said in a stinging attack towards Kejriwal after the announcement.

"Main party, andolan ka hissa hu to ye anurodh karta hu ke shaheed to kardia par iss shav se chhed-chhaad na karen (I am a part of this party, movement. I have been martyred, now don't tinker with my dead body)," he was quoted as saying to ANI.

Recalling a recent encounter with Arvind Kejriwal, he said that he now accepts the "martyrdom".

Elections to three Rajya Sabha seats from Delhi would be held on January 16. The AAP, which enjoys a brute majority in the 70-member Delhi Assembly, is set to win all three seats.

AAP had earlier offered tickets to several eminent personalities from outside the party, including former RBI governor Raghuram Rajan. However, they denied the offer.

The last date to file nominations for the three Rajya Sabha seats is January 5.