Home  »  Website  »  International  »  No Statues to be Erected, No Streets to be Named after Fidel in Cuba

No Statues to be Erected, No Streets to be Named after Fidel in Cuba 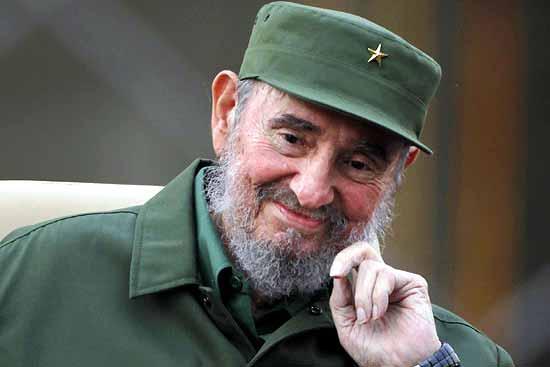 Fidel Castro might have been the tallest figure in Cuba whose presence was felt all over the country when he was alive. But not a single statue, building or street will be erected or named after him in this Caribbean island after his death.

After days of mourning, tributes and rallies, Fidel, the last communist icon of the 20th century who died on November 25 at the age of 90 was laid to rest near a 19th century mausoleum in the eastern city of Santiago de Cuba last week, The ceremony, attended by a small group of guests, involved the interring of his ashes carried in a cedar urn at the Santa Ifigenia cemetery amidst chants of “viva Fidel.” from people who had lined the streets.

But before his death he forbade his party comrades not to erect any statues or buildings or name any street in the country after him.

At an age when erecting statues of renowned political or public figures and naming streets after them are common, Fidel instructing his supporters not to follow the beaten track to keep alive his memory is interesting.

“The leader of the revolution rejected any manifestation of a cult of personality,” Fidel’s brother and successor, Raul Castro, was reported by agencies as having said at the funeral.

May be Fidel was confident, as he had claimed famously during his 1953 trial “history will absolve me,” to be remembered by people in Cuba and elsewhere for his positive contribution to improve the lives of his countrymen and inspire others to do something similar in their own country.

From the time Fidel and his armed revolutionaries came down from the Sierra Maestra to Havana and took control of the island-nation after their successful January 1959 revolution, Fidel had remained an inspiring figure for millions of people in Cuba and elsewhere in the world.

He attained celebrity status for not only surviving 638 CIA assassination attempts but also for managing to transform Cuba and rule the country despite crippling sanctions and incessant American attempts to destroy his regime.

Though there were severl people who saw him as a brutal leader who replaced Fulgencio Batista Zaldivar to become the new dictator in Havana, when he passed away from the scene late last month, most remembered him for leadership under which Cuba achieved exemplary standards in health, education and other social sectors.

His brother Raul took over the responsibility of running the country almost 10 years back after an emergency surgery forced Fidel to retire. He has already restored diplomatic relations with the US and now has to do balancing act as he guides the country through its economic reforms while safeguarding its socialist principles.