'No Mediation': India Reasserts Its Position On Kashmir, Says 'Hold On' For Modi-Trump Meet

US President Trump's latest offer to mediate on Kashmir comes a day after he shared stage with Prime Minister Modi at "Howdy, Modi!" event in Houston. 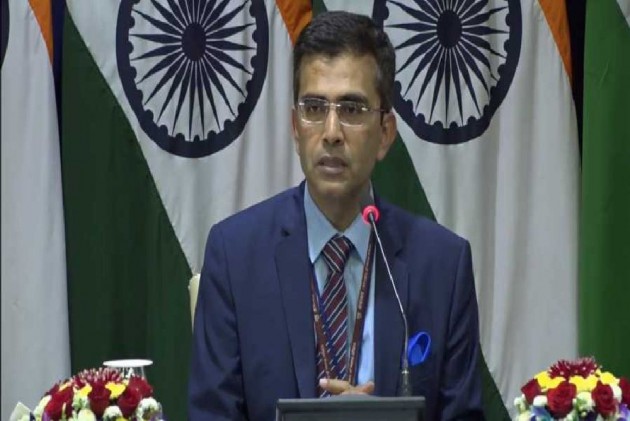 Hours after US President Donald Trump offered to mediate on Kashmir issue for the third time, India reasserted its position of 'no third party mediation'.

After Trump said that he would like to mediate on Kashmir if India and Pakistan are willing, the Ministry of External Affairs was asked to respond to the fact that Trump keeps repeating his offer of mediation.

'I Trust Pakistan, Can Mediate On Kashmir': Trump Day After 'Howdy Modi'

"You are aware of our position. We have mentioned about this in the past. But my request is, just hold on. Hold on for the meeting tomorrow. It's not very far," a report in NDTV quoted Foreign Ministry spokesperson Raveesh Kumar as saying.

Trump's latest offer to mediate on Kashmir comes a day after he shared the stage with Prime Minister Modi at "Howdy, Modi!" event in Houston.

Trump first offered to media on Kashmir in July. He then claimed that PM Modi had asked him whether he would like to mediate on Kashmir.