No, Mamata Govt Did Not Declare Five-Day Holiday For Eid In West Bengal: Police 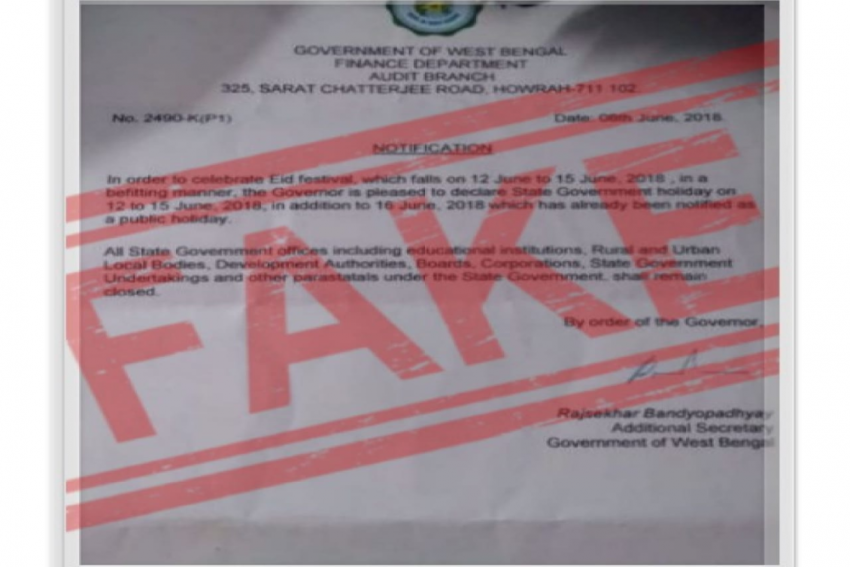 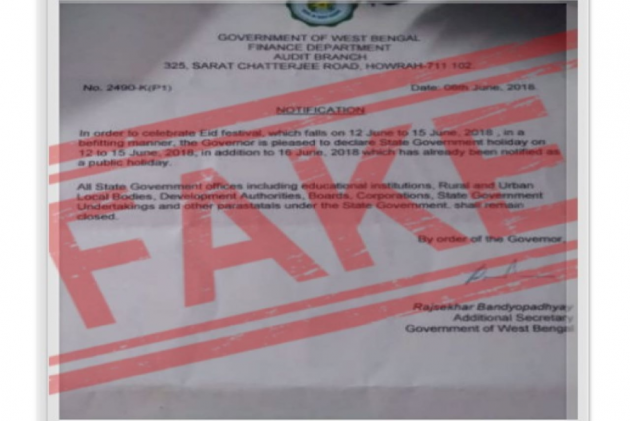 outlookindia.com
2018-06-11T16:58:40+05:30
The Kolkata Police on Monday started an investigation into the fake notification issued in the name of West Bengal government on holidays for the Eid doing the rounds on social networking sites.
"A fake notification is doing the rounds in social media about Eid holidays. It is false. Those who have masterminded this will be strictly dealt with as per law," the Kolkata Police today posted on its Facebook page.
The "fake" notification purportedly issued by the state finance department on a letterhead with the Biswa Bangla logo stated that the state government has declared holidays for five days, from June 12 to June 16, to celebrate the Eid festival. 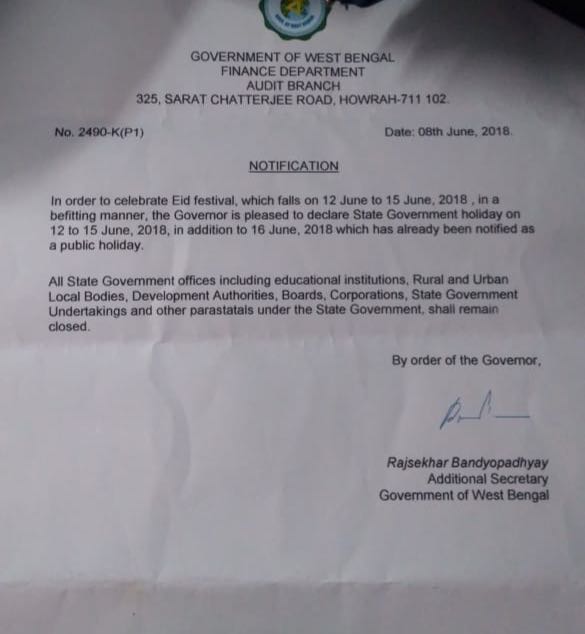 After Brother Shot At, Kafeel Khan Says He Is 'Not Going To Bend'