No Wiser One Year After

China is no longer an important and reliable window on North Korea as it used to be in the past. And the Chinese do not seem to have an answer to North Korea's recent threats 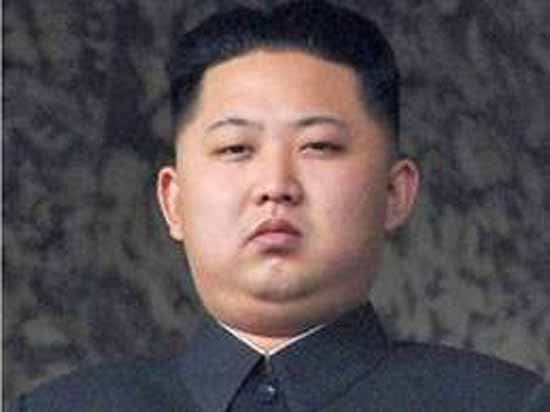 As Kim Jong-Un of North Korea, who completes one year as First Secretary of the Workers’ Party of Korea on April 11, 2013, uses North Korea’s power of escalatory rhetoric to threaten the region with the danger of a nuclear war if its demands are not met, there is increasing nervousness not only among North Korea’s perceived adversaries such as the US, South Korea and Japan, but also in its traditional friend next door, namely, China.

Does Kim realise the implications of the threats which he has been holding out against his adversaries? Does he realise that if he carries out his threats or if he loses control of the situation under the irrational force of his rhetoric, he would be seriously endangering not only the national interests and security of his own country, but also those of North Korea’s traditional friends such as China?

Even Fidel Castro, in a recent column for a Cuban paper for which he writes now and then, has pointed out the likely dangers to North Korea’s traditional friends if the situation in the Korean peninsula gets out of control. He has not named the traditional friends of North Korea, but it is apparent he was having in mind China and Russia.

The government and party-controlled media in China has been increasingly—initially indirectly, now directly— reflecting the concerns in China over the developing situation in the Korean peninsula in the wake of the recent North Korean nuclear and missile tests and the new sanctions sought to be imposed against it under pressure from the US.

The Chinese concerns are reflected very clearly in two commentaries carried by the People’s Daily and the Global Times, both run by the Communist Party of China, on April 11, coinciding with the first anniversary of Kim Jong-Un’s leadership of the party

The People’s Daily commentary, explaining China’s policy of not allowing trouble-making at its doorstep, said:

“ Not allowing troublemaking at the doorsteps of China means to stop the vicious circle of tension on the peninsula, to prevent any party from stirring up trouble, to oppose creating tension on purpose, and to say no to render the use of force to resolve the problem. Words and deeds that intensify the tensions on the Korean Peninsula should be condemned and opposed. Not allowing troublemaking at the doorsteps of China is not China's "Monroe Doctrine". China does not seek spheres of influence. China intends to maintain regional peace and stability on the Peninsula, and determine its own position and actions in accordance with the Peninsula situation on its own merits. At present, it is not without hope to maintain peace and stability on the peninsula.”

The Global Times was even more explicit in cautioning North Korea. It said:

“Since the transition of Pyongyang's leadership, the outside world has been speculating over the future direction of the regime. North Korea is sure to change, because its current situation is unsustainable and is placing huge pressure on the country. Escaping this pressure fits the North's interests and would allow the country to meet external expectations.

“During the past year, the nuclear issue has remained at the centre of the North's domestic and foreign policies. The new leadership has shown its resolve, which is to develop nuclear technologies, rather than solve the nuclear crisis. The regime has taken an extreme path.

“Pyongyang should clearly understand that it does not have the capability to dominate the situation in the Korean Peninsula. Its nuclear capacity to some extent makes it feel secure, but at the same time it worsens its international strategic environment. Pyongyang should drop its illusions that it can make the world stay silent over its desire for nuclear arms through its hard-line stance and deceptions.

“The international community will never permit North Korea to have the legal status of a nuclear country, because it would lead to more devastating consequences. A number of Asian countries have acquired nuclear weapons, but none of them use them in the manner North Korea envisions.

“The North Korean regime has to face up to the difficulties in returning to the international community if it refuses to give up its nuclear ambitions. Even if the US and South Korea make concessions, the North still confronts problems such as sanctions and economic obstacles. Concrete moves are needed to solve the current dilemma that the North faces.

“China respects North Korea, but it also holds the responsibility of preserving peace in Northeast Asia. Pyongyang's nuclear issue concerns China's national interests. We hope that the North Korean regime can stay rational and pay attention to the interests of the whole region as its bottom line. We also hope that its moves will not pose threats to the peace and stability of China's north-eastern area.

“North Korea has more difficulties in opening itself up to the world. The stances of South Korea, Japan and the US are partly the reason. Regardless of the situation, we believe the North still has a chance and we regret that it has become mired in this crisis. We hope the crisis is only temporary.”

A perusal of the recent comments in the Chinese media indicates that Chinese observers feel there is need for fresh thinking on the question of North Korea’s nuclear and missile capability. It seems to be their view that after all that has happened recently the question of a negotiated de-nuclearisation of North Korea is no longer a viable option. A more practical option could be to work for a freezing of North Korea’s capability at the present level in return for a Chinese offer of its nuclear umbrella to North Korea to calm its fears regarding the US nuclear umbrella for South Korea and Japan.

Will such an offer work? The US may not accept any attempt to legitimise North Korea’s present capability as that could create problems in relation to Iran. Moreover, the present North Korean leadership seems determined not to accept any externally imposed constraints on its nuclear and missile capabilities.

How to calm the North Korean leadership and de-escalate the situation? The Chinese do not seem to have an answer. They seem to know so little about the mind-set of Kim Jong-Un and his advisers. He has not visited China since assuming office. He had visited China along with his father, but as the ruler of North Korea after the death of his father Kim Jong-Il, he and his advisers have not maintained the same level of contacts with the party and PLA leadership of China as during the days of his father.

China is no longer an important and reliable window on North Korea as it used to be in the past. It is as confused by the policies and unpredictability of Kim Jong-Un and his advisers as the US and South Korea. As Kim, who had done his schooling in Switzerland, took over as the supreme leader in December 2011 after the death of his father, there was a fond expectation that his exposure to the West as a student might make him amenable to a policy of gradually opening up his country to the outside world.

This has not happened. Is it because he himself is not inclined to pursuing a policy of opening-up or because he is unable to overcome opposition from the old guards in the army and the party to any policy change? One has not so far seen in the party and the army a new generation wanting to experiment with new policies in the economic field.

In the face of a dearth of information regarding the new post-December 2011 leadership in North Korea, China has been finding the recent developments as unnerving as the rest of the international community. Apart from articulating its concerns and caution and expressing its hope that things will not reach a point of no return, China has been finding its ability to influence the developments in a constructive direction limited.