Non-ISI Marked Helmets To Be Banned Throughout India

ISIHMA, the ISI Helmet Manufacturers Association, has welcomed the policymakers’ proposal to ban the sale of non-ISI helmets, effective by the year end. 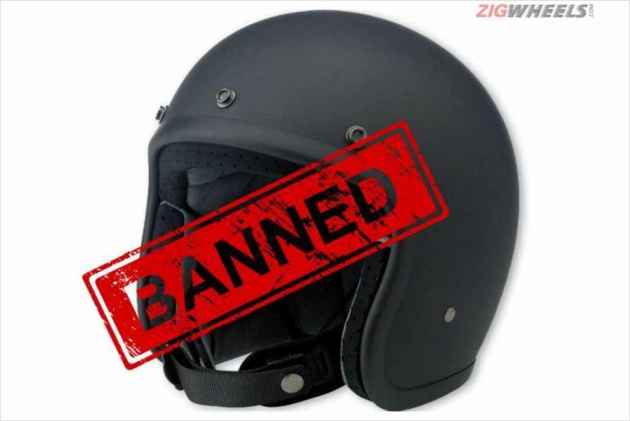 In a bid to promote road safety, Indian policymakers have moved to place a ban on non-ISI helmets throughout the country by the end of this year. Unsurprisingly, this move was backed by the ISI Helmet Manufacturers Association (ISIHMA) at an event organised by the Road Transport Office in the presence of Union ministers Nitin Gadkari and Dharmendra Pradhan.

Commenting on this new development, Rajeev Kapur, President, ISI Helmet Manufacturers Association, said, “We are proud of our policy makers as this was much needed. Looking at the current statistics over 75 to 80 per cent of helmets used by two-wheeler riders across India do not meet ISI standards. The market is flooded with sub-standard products that compromise on safety despite a fourth of all road deaths involving two-wheeler occupants.”

According to the association, it takes around Rs 300 - Rs 400 to produce a single helmet as per ISI safety specifications. Helmets being sold below this price mark are very likely to fail in the event of a serious mishap.

A similar campaign was launched in Karnataka last year. However, due to a severe backlash from the general public, this move was soon called off. Will the same thing happen this time around as well? We can only wait to find out.

While it is a good move to set certain safety regulations for helmets, we feel that the government's decision is a bit short-sighted as there is no mention of action towards helmets complying to international safety standards like ECE, SNELL or DOT.

Thanks to the masses getting more aware of road safety nowadays, helmets conforming to international safety standards are being accepted and bought on an increasingly larger scale. These helmets undergo a lot more strenuous quality checkpoints, standards of which are much higher than those set by the ISI. As a result people are willing to spend more for that reassuring feeling of safety.

While we do agree with the decision of banning cheap and unsafe helmets, what baffles us is the decision to classify ECE, SNELL and DOT-certified helmets under this category. This is why ISHIMA's move to support the ban on these helmets too, which are clearly of superior to their products, comes across as an attempt at lobbying instead of genuine concern for Indian road goers.