None Of The Prisoners Have Ever Seen Ram Rahim, Only Been Told He Is Lodged There, Claims Rohtak Jail Prisoner Out On Bail

He also averred that a special vehicle brings food for Ram Rahim and that the authorities also cut out portion from newspapers which castigate the jail administration. 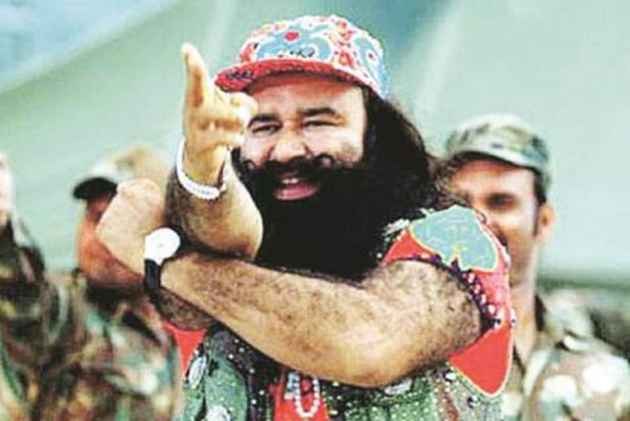 Gurmeet Ram Rahim Singh Insaan, the self-styled godman sentenced to 20 years in jail on charges of rape is enjoying special treatment in the Rohtak jail, claims a prisoner out on bail.

Rahul Jain, the bailed out convict told news agency ANI that the attitude of jail authorities towards Ram Rahim is different as compared to other prisoners, as the self-styled god man enjoys more perks and is given special treatment.

"No one is allowed to go wherever Baba is kept," Jain said, and added that all other inmates are locked up whenever Ram Rahim is let out of his cell, as he usually goes to the canteen to get water, milk, or juice.

Jain further said that ever since Ram Rahim was admitted in jail, other prisoners are being deprived of basic necessities.

"Since he came, everyone is having a lot of problems. Earlier, we used to freely roam inside the campus, food was also good, but all that changed. Our basic necessities like clothes and shoes also stopped coming in. Our fellow prisoner, Ashok then approached the judge after, who then pulled up the jail authorities. The supply gradually began after that," Jain said.

"While rest of the prisoners can only meet visitors for 20 minutes, Ram Rahim's visitors are allowed for two hours," Jain further divulged.

He also averred that a special vehicle brings food for Ram Rahim and that the authorities also cut out portion from newspapers which castigate the jail administration.

Gurmeet Ram Rahim was sentenced to 20 years in prison on August 28 this year. The 'pita-ji', as his followers used to call him reverently, was stamped as prisoner number 1997. His fellow prison-mate, however, says that in the almost three months time he has been lodged there, none of the other prisoners have ever seen him.

None of us have ever seen him, we are just told he is lodged here, he said, adding that since he was brought in, restrictions had to be followed by the rest of the prisoners.

Soon after Ram Rahim was lodged in the Rohtak jail, reports emerged that the 50-year-old self styled godman spends his time in jail growing vegetables, pruning trees-- eight hours a day just for Rs 20.

Adjoining his barrack, there is a small plot of land where grows vegetables, K P Singh, DGP (jails), Haryana had told reporters.

In jail, he will also prune trees adjoining his barrack. He will get Rs 20 per day for farming work, which falls under the unskilled work category," he had said, asserting that no prisoner in jail is given any special treatment.

"Jail authorities say he works, but we don't believe it. Since we have never seen him, he might or might not be working," he said.

Despite his conviction in the rape charges, Gurmeet Ram Rahim does seem to enjoy state patronage.

The policemen -- two head constables and a constable -- were part of the Dera chief's security detail during his appearance before a CBI court which held him guilty of raping two of his followers.

Haryana deputy attorney general was also filmed carrying the bag of the self-styled godman after he was convicted of rape charges by a special CBI court.

Haryana's number two lawyer Gurdass Singh Salwara was seen in his court-robes rushing to the Dera Chief head to hold his orange suitcase. He was subsequently sacked.