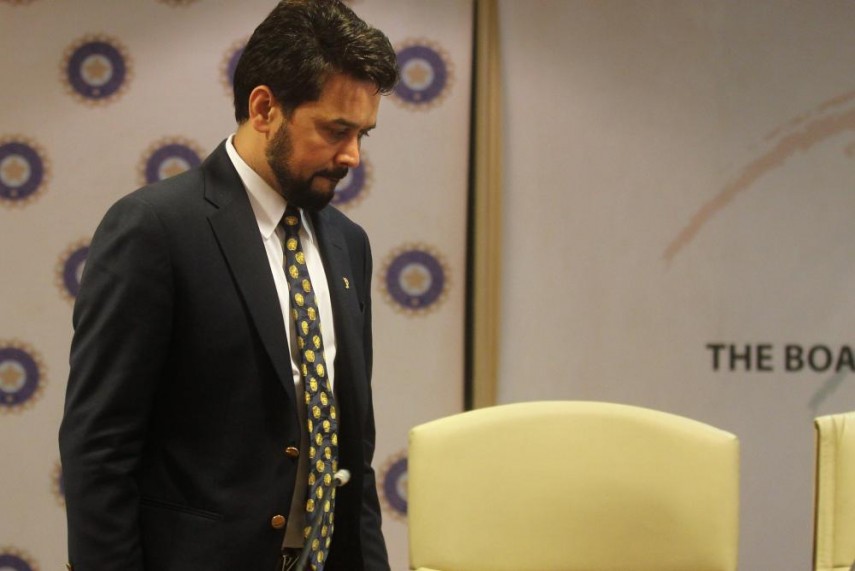 When the Supreme Court on October 6 listens to the BCCI’s reasons for defying certain the Lodha Committee recommendations, all six north east states will be keenly following the development as they are expecting to get equal treatment from the world’s richest cricket board.

None of the six north-eastern states are full members of the BCCI; for that matter, even Bihar, the third most populous state of the country, is not a full member. But, at October 1 special general body meeting, the BCCI granted Associate Membership, with strings attached.

The BCCI said that it was giving the membership to these states according to the ICC rules, which means that three of the north east states will be equivalent to one vote.

This move has not endeared the BCCI to the north east states, who have termed its conditional membership “ridiculous”.

“They are saying 3:1, which means three states are equivalent to one vote. This is like at the ICC, where three associate and affiliate members are counted as one vote. This is ridiculous,” N. Bhattacharjee, co-convenor of the North East Cricket Development Committee (NECDC) and secretary of the Meghalaya Cricket Association, told Outlook.

“Although the BCCI has decided at the special general body meeting [on October 1] to give voting rights to the Associate members, there is a catch there. They have said they would give this right as per the ICC guidelines, which is 3:1, meaning that three states is equivalent to one vote. So, we are not accepting that,” said Bhattacharjee , also a member of the BCCI’s New Area Development Committee (NADC).

So, what are they going to do about it? “After the Supreme Court hearing on October 6, we will decide out further course of action. So we will wait till then. And we know that the Supreme Court will not agree [to its order not being complied],” Bhattacharjee.

The Supreme Court-appointed Lodha Committee has recommended that all 29 states be given full membership. But the BCCI has only partially accepted that recommendation, besides rejecting some other main ones like adopting a new constitution drafted by the Lodha Committee, leading to a battle of attrition between the two entities.

Only Tripura, a north east state, and Vidarbha have complied with the September 30 deadline of the Lodha Committee and accepted to change their constitution.

On October 6, the Supreme Court is to hear the BCCI response to a status report that the Lodha Committee had submitted to the court after the Board refused to comply all the recommendations by the first deadline of September 30. There are several other deadlines that the committee had given to the BCCI and its affiliates. But the BCCI and a majority of its affiliates defiantly refused to comply with the recommendations, leading to a battle of attrition.

On October 1, the five north eat states – Arunachal Pradesh, Manipur, Meghalaya, Nagaland and Sikkim – presented a memorandum to BCCI secretary Ajay Shirke, requesting the Board to consider granting full member status to them as per the Lodha Committee recommendations.

“We are not opposing four members from one state getting a vote each, although the Supreme Court has said ‘one state, one vote’. So I request the other members [of the BCCI] to not oppose us [in getting equal treatment],” said Bhattacharjee. “After all, we are also part of India. And when, for example, Dhoni hits a six, whether it is Meghalaya or Nagaland or Arunachal Pradesh, we also cheer and support him like all other Indians.”

Neiphiu Rio, a Lok Sabha member of Parliament and former Nagaland Chief Minister, has also supported the cause of the north east states. In April, he had written a letter to Anurag Thakur, when he was BCCI secretary, to support development of cricket in north east and also grant membership to Mizoram, which hasn’t been granted BCCI any membership.

“The BCCI is also guilty of adopting a prejudiced and arbitrary approach towards Bihar. The plight of the state is such that despite being the third most populated state in the country, it has not been allowed to field a team in Ranji Trophy for more than 15 years,” he pointed out.

“The cricket careers of two entire generations of sportspersons have been played with in the name of partisan politics. The apathy towards the CAB has been accepted by the Hon’ble Justice Lodha Committee in its report as well. Despite the direction of the apex court, to allow all state’s associations as full members, the recently released schedule of the Ranji Trophy fails to mention any fixtures for Bihar as well as north east States,” said Verma.

“Such arrogant defiance by the top brass of the BCCI is a sign that they treat themselves to be above all laws and judicial process in this country,” he charged. “The defence of legal impediments taken by the BCCI are frivolous and baseless in nature and are aimed at subverting the order of the Hon’ble apex court.”