The spokesperson maintained that North Korea remained committed to building trust and confidence and implementing the US-North Korea joint statement in good faith. 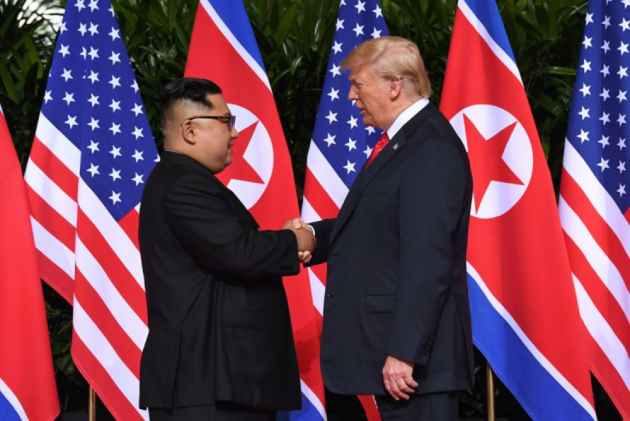 Pyongyang asserted that it had stopped its nuclear missile programme and dismantled its nuclear testing site, as part of the global commitment for ensuring denuclearisation on the Korean Peninsula, Yonhap News Agency reported.

In a statement carried by the Korean Central News Agency, North Korea's foreign spokesperson said, "As long as the US denies even the basic decorum for its dialogue partner and clings to the outdated acting script which the previous administrations have all tried and failed, one cannot expect any progress in the implementation."

The unnamed spokesperson cautioned that there was no guarantee as to when the current atmosphere of peace and stability would continue in the peninsula.

The spokesperson maintained that North Korea remained committed to building trust and confidence and implementing the US-North Korea joint statement in good faith.

"The U.S. should, even at this belated time, respond to our sincere efforts in a corresponding manner," the spokesperson added.

At the Singapore summit in June, North Korean leader Kim Jong-un and US President Donald Trump had signed a joint agreement, wherein the latter agreed to work for a 'complete denuclearisation of the Korean Peninsula' in exchange for security guarantees by the US.

On Monday, Seoul asked Pyongyang to accelerate their denuclearisation process, while asking the US to faithfully carry out its promises on the same.

Asked about a possible breakthrough in the denuclearisation talks between North Korea and the US, Yonhap News Agency quoted Cheong Wa Dae (South Korean Presidential office) spokesperson Kim Eui-kyeom saying, "We are asking North Korea to speed up its denuclearisation process. And to the US, we are asking that it to show sincere efforts about corresponding measures that North Korea is demanding."

Last week, a US official said that North Korea was reportedly constructing new intercontinental ballistic missiles (ICBMs) and its missile programme was doing "business as usual."