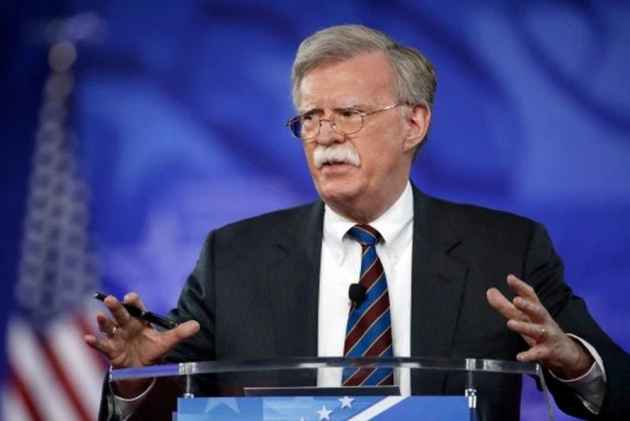 North Korea is offering negotiations with the United States in order to buy time to develop its nuclear weapons, the incoming US national security advisor (NSA) John Bolton said on Sunday.

In an interview on the "Cats Roundtable" radio show, Bolton said, "I think we have to look at what North Korea's motivation is here. I think they're very worried that they've got a different president in the White House than Barack Obama. They're worried about the pressure that the president's (Donald Trump) already put on."

"They've got a fairly limited number of things they need to do in North Korea to make their nuclear warheads actually deliverable on targets in the United States. So they want to try and slow roll the negotiations to buy more time. This is something they've done consistently over the last 25 years," he added.

Bolton is known as one of the most hawkish voices in US foreign policy and has recently argued for a preventive strike on North Korea, Yonhap news agency reported.

Both the decisions came after the US president accepted Kim's invitation to a summit, which the former said would take place before the end of May.

He underscored that sooner the meeting between President Trump and North Korean leader Kim Jong-un will happen, the issue of denuclearisation would be solved in a "concrete manner" and not by "theoretical discussion".

Bolton served as the ambassador to the United Nations under former US President George W. Bush during parts of 2005 and 2006. He will take over as the new NSA on April 9.