Northeast States Need To Be Considered While Shaping China Policy 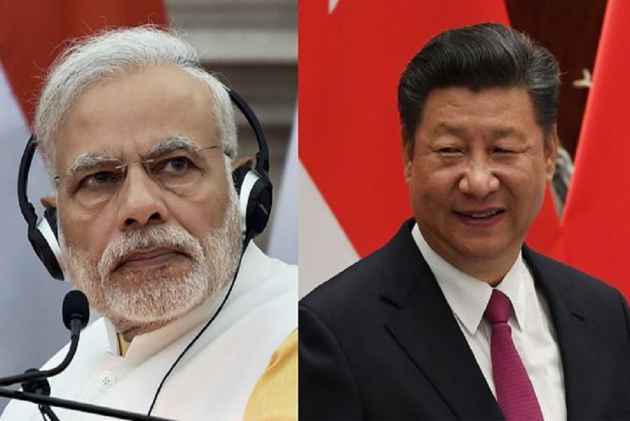 Recent standoff at Doklam spotlights the vulnerabilities northeast states could face during an armed conflict with China.  Security Analysts fear that in case of escalation of conflict, China might try to control the chicken neck or the Siliguri Corridor, country’s only physical link with the region, and not far from the disputed site.

The fear of dislocation of linkages at the Siliguri Corridor has been a cause of agony for the people of the northeastern region.

People of the region, which shares long border with China, are closely watching the developments between India and China for some time.  The north-eastern region has been at the centre of the debate between India and China, mainly due to China’s contentious claim over Arunachal Pradesh. Earlier, bilateral relations had boiled over following the visit of Dalai Lama to Arunachal Pradesh.  Regular India and China spat led to a feeling of insecurity among the people of the region and they expect the authorities to take note of their concerns while framing policy towards China. Considering scepticism expressed by the people of the region, it will be prudent to draft a concrete action plan for the north-eastern region that would boost the confidence of the people.

The region has eight states and all have international border.  Eighty percent of its boundary is international and regions only connection with the rest of the country is via Siliguri Corridor, which is only 25 kilometre wide.   The corridor is the lifeline for the region as the majority of its supplies sourced from other parts of the country pass through Chicken Neck. Any disturbance of Chicken Neck will affect the life of people living in the region that doesn’t have enough industries to sustain itself. Hence, the safety of the corridor is important for the people.

People are cautious because while Sikkim and Arunachal Pradesh share boundaries with China,  other states share borders with countries such as Bangladesh, Myanmar and Nepal where China has substantial influence. Also, the memories of 1962 war with China still loom large over the people when Chinese troops came till Assam.  As India’s defence minister has said that India of 1962 and 2017 is different, there is an acceptance of India’s capability in thwarting any Chinese forward movement.  Still, a large number of people are anxious.

The reason for the anxiety is due to ongoing insurgency movement in the region. The fear is that the region might face instability even after de-escalation of tension at Doklam because of China’s support to the insurgent group. The region experienced secessionist movement right from the independence of India. Of late, region is experiencing relative peace. However, there are fears that peace might get disturbed if China influences these groups to create unrest.

It will not be prudent to rely totally on the military measure to tackle these challenges. There is a need for a comprehensive policy formation. A two-way approach could be considered that will include an active foreign policy engagement and effective internal policy action.

One of the important task will be to open alternative access to the region, which could be attained with cooperation from neighbours, especially Bangladesh and Myanmar. Hence, a sustained engagement with our neighbours will be crucial.

Of late, India has been working with neighbouring countries like Bangladesh and Myanmar to develop alternative access for Northeast India by supporting infrastructure projects in these countries. It is an encouraging step forward. However, as the bilateral relationship with neighbours often fluctuates, there is uncertainty.  For a sustainable relationship, it will prudent to work on establishing an ecosystem that would create dependency across the border.

Internally, we have to design a policy that will not only look at developing the region by establishing infrastructure project but also aim at winning the heart and minds of the people. Here we have to design our policies that would enable an atmosphere that would help the greater socio-economic integration of the region with the rest of the country.

Of late there has been a significant push by the government to develop infrastructure in the region to boost connectivity. Recently, Prime Minister Modi inaugurated country’s longest bridge over the Brahmaputra which will enhance connectivity to the border region. Besides, rail and road infrastructure also improved. Such measures are welcomed but winning of the hearts needs more innovative thinking.

Many people of the region often feel alienated due to the dissimilarity of the appearance of the people and culture from rest of India. It is recognised that feeling of alienation is one of the major cause for the rise of the insurgency in the region. Hence, there is a need for greater assimilation of the northeast region with the rest of the country and some possible steps could be like- encouraging tourism, the spread of information about life and culture of the region by accommodating special chapters in the school curriculum and greater visibility of the region in mass media.

Understanding of the northeastern region will help in shaping an effective policy with China.