Not Exactly What The Books Tell You, But Game Of Thrones Continues To Grip Audiences

GoT has won 38 Primetime Emmy Awards, more than any show in TV history in the US. 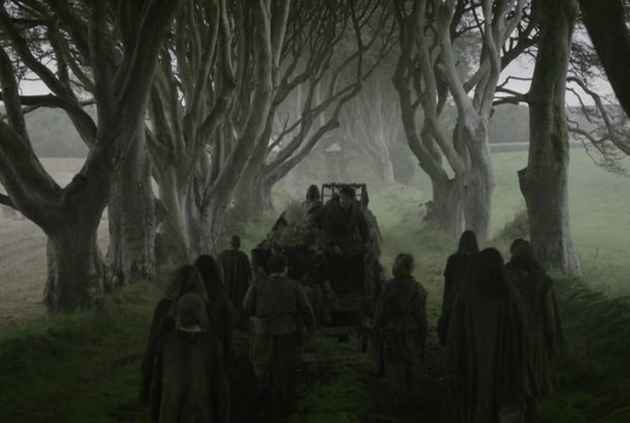 As Game of Thrones enters the seventh and penultimate season, many critics are criticizing the show’s creators of diluting it. The HBO fantasy drama series, aired in India on the streaming service Hotstar and Star World on TV, is now easily the most watched program in the English-speaking world.

Dark and depressing at times, and funny, heartwarming and poignant in others, GoT has titillated, shocked and thrilled audiences ever since it was first broadcasted on April 17, 2011. And, as the entertainment juggernaut rolls on, it has hooked increasing audience members from one season to the other. Now, as the series moves away from its source material, namely the books, have the creators betrayed hard core fans by making it “safe”?

Roughly based on 68-year-old New Jersey writer George R.R. Martin’s magnum opus A Song of Ice and Fire, GoT was adapted for TV by David Benioff and D.B. Weiss. Set in the fictional continents of Westeros and Essos, the plot revolves around seven kingdoms fighting for or seeking independence from the Iron Throne. It is remarkable that the series rooted in fantasy is inspired by medieval British history and has been praised for its gritty realism and authentic characterisation.

Criticised widely for its sexual scenes, in particular incest and torture, and the horrifying violence, GoT, nevertheless, has an avid and fervent audience worldwide, especially among younger people. Featuring a huge cast, which includes both major and minor actors, GoT is also one of the most expensive shows ever made. During the series’ third season, as many as 257 cast names were recorded. During the later seasons, some actors were paid as much as 2 million dollars per episode.

Martin, who sold his first book at 21, worked in Hollywood for several years before becoming involved with GoT, along with the show’s creators. He turned down several offers for the books to be made into films, terming them “unfilmable”. However, Benioff and Weiss impressed Martin over “lunch that turned into dinner” and managed to rope him. They proposed a TV series, which meant that there would enough time on the small screen for the interwoven plot details and large set of characters.

Martin is yet to finish his seven-part magnum opus. The book, whose first few parts sold comparatively poorly, hit the best-seller lists and stayed there for months owing to the TV show’s popularity. Benioff has jokingly called the series “Sopranos set in Middle Earth”, referring to the hugely popular and critically acclaimed HBO series and writer Tolkien’s Lord of the Rings.

GoT has won 38 Primetime Emmy Awards, more than any show in TV history in the US.

Actors such as Peter Dinklage, Emilia Clarke, Kit Harington have played sizeable roles alongside a huge cast that includes Sean Bean, Maisie Williams, Sophie Turner, Lena Headey and Nikolaj Coster-Waldau. Many of the characters go through a long plot arc that significantly change who they were to begin with. For example, Sansa, played by Turner, begins life as a innocent teen, goes through two marriages, one worse than the last, before taking charge of Winterfell in the North.

The show deserves praise for its sharp writing, with some dialogues working as verbal duels.

Sarcasm is always just beneath the surface and the repartees, incisive and delightful, perpetually hang around the corner. Some dialogues are brief monologues, meant to be powerful, expository and inspiring.

Much like Star Wars or the Lord of the Rings trilogy, the show is designed to influence cult audiences. After the airing of the first season, words frequently used in the series like ‘Dothraki’, the name given for a large group of nomadic horsemen, and ‘Khaleesi’, the title given for the wife of Khal (warlord) made their way into popular lingo.

Conflict is permanent in GoT; almost every season features a battle or two. But palace intrigue, political strife, and ever-changing loyalties are combined, rather believably, with rebirth, sorcery and fire-spouting dragons.

The battle scenes, expensively staged and elaborately shot, are central to the series. The show also features the often shocking deaths of major characters -- and good can’t be relied upon to triumph over evil. Many heroic characters are morally ambiguous and often compromised by their circumstances. The season portraying The High Sparrow (Jonathan Pryce) and his rise in the King’s Landing are intrinsically evil -- in equal parts fascinating and tormenting.

Other characters risk the antipathy of the viewer in ways unprecedented on the small screen. Tyrion Lannister, a dwarf whose is the brother of the queen, is a character with thick shades of grey and sharp wits. Relationships between characters also play an important role and are pivotal to the series as much as the more spectacular presence of sorcery and dragons.

Some characters are misogynistic and manipulative, and assassinations are not unheard of. The stories are not solely of the highborn. Dwarfs, bastards, eunuchs, whores, mentally challenged and sexually perverse -- all GoT terminology -- inhabit this universe.

The cinematography, special effects, production design, costumes and makeup are meticulously and painstakingly done. The music, including the theme of the opening sequence, is by Ramin Djawadi and is specifically tailored for each house and many of the primary characters. The simple, lyrical tune as Arya learns to ‘dance’ with her tutor from Braavos in the third episode of the first season is sweet and incredible.

Many sequences are memorable. Arya’s hesitant relationship with The Hound as they ride through the countryside; Brienne’s platonic friendship with Jamie; Jon Snow and Samwell Tarly sharing a comradeship --- these are all outstanding scenes.

The way some scenes induce repulsion and nausea have to be seen to be believed. The prolonged torture of Theon Greyjoy by Ramsay Bolton and the sequence of The Red Wedding in particular are harrowing to watch. So is the cold blooded sacrifice of Shireen Baratheon by her own father and scores of scenes in which people die, their throats or body parts slit and mutilated. But these scenes give a jolt to the system, thereby keeping viewers hooked.

After all the cruel messiness of the world of Westeros, will it all be tied up neatly in the few more episodes to come? Stay tuned.