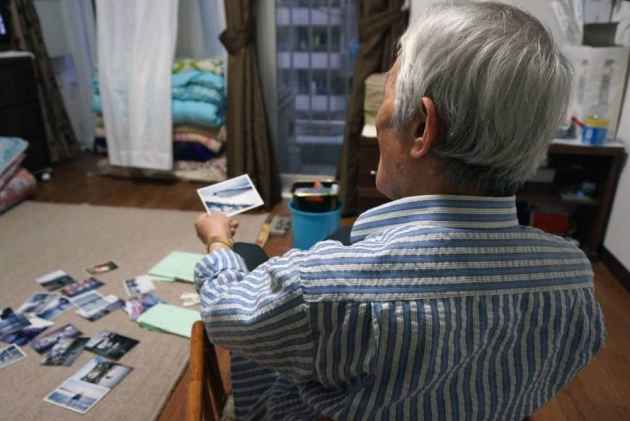 Kodokushi or 'Lonely death' has become an increasingly common phenomenon in Japan- a country with a large number of ageing population.

The term was coined in the 1980s to describe the phenomenon of people, often elderly, dying alone without anyone noticing. Days, if not weeks, go by until someone discovers their remains.

According to The Independent, Kodokushi is a growing problem in a country, where 27.7 percent of the population is aged over 65 and many people are giving up trying to find partners in middle age, and are instead opting for a solitary existence.

An article in the New York Times by Norimitsu Onishi traces the plight of 91-year-old woman, Chieko Ito, who stays in a huge government apartment complex in the country's Tokiwadaira, which has become known for such lonely deaths.

Ito had been lonely every day for the quarter of a century, ever since her daughter and husband died of cancer- three months apart- 25 years ago.

"With no families or visitors to speak of, many older tenants spent weeks or months cocooned in their small apartments, offering little hint of their existence to the world outside their doors. And each year, some of them died without anyone knowing, only to be discovered after their neighbors caught the smell," writes Onishi about Ito and her life.

Afraid of a 'lonely death,' Ito had asked a neighbour in the opposite building for a 'favour'.

Every evening around 6 p.m., before retiring for the night, she shuts the paper screen on the window pane of her room. Then in the morning, after her alarm wakes her up at 5:40 a.m., she slides open the screen.

The writer further delves into the issue by citing an incident that drew national attention for the first time when a corpse of a 69-year-old man, living near Ito, had been lying on the floor for three years, without anyone noticing his absence.

His monthly rent and utilities had been withdrawn automatically from his bank account.

The authorities learned about his death when they visited his apartment in 2000, three years after his savings depleted, only to find 'his skeleton, its flesh picked clean by maggots and beetles.'

The residents of Ito's complex cite 'the natural and frightening conclusion of Japan's journey since the 1960s' as the reason for these deaths.

"A single-minded focus on economic growth, followed by painful economic stagnation over the past generation, had frayed families and communities, leaving them trapped in a demographic crucible of increasing age and declining births," writes Onishi.

83-year-old Yoshikazu Kinoshita, who also lives in the huge government apartment complex (or danchi), where Ito has lived for nearly 60 years, has been described by the writer as 'just another victim of the collapse of Japan's economic bubble.'

"My generation had dreams," said Kinoshita, who went on to study mechanical engineering.

He had never imagined that his decline - and Japan's - could be so rapid.