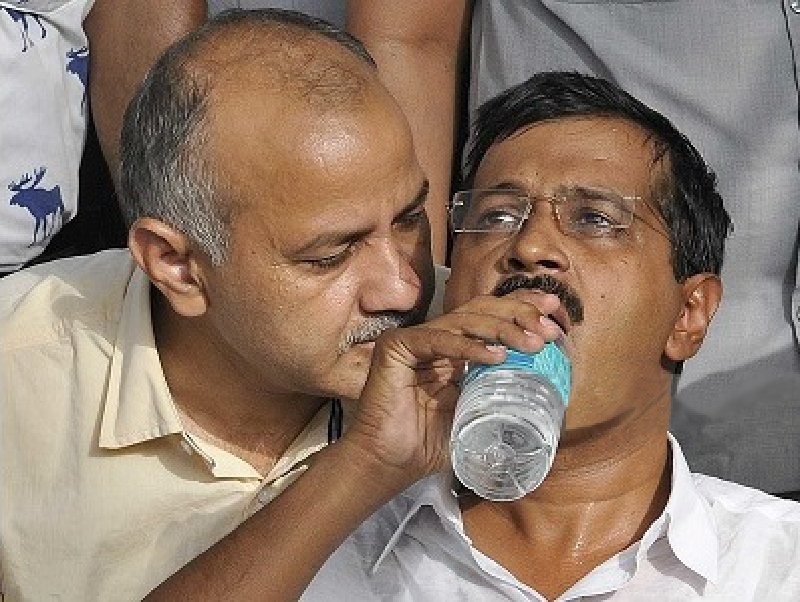 Delhi Chief Minister Arvind Kejriwal was not invited to the launch of Delhi Metro's Magenta Line out of the fear that he might publicly demand a rollback of the fare hike, his deputy Manish Sisodia said today.

He also said that not inviting the chief minister to the inauguration programme at Noida was an "insult" to the people of Delhi.

"Not calling the Delhi chief minister in an inauguration of a Delhi Metro project is an insult of the people of Delhi. There's only one reason behind not inviting Kejriwal, the fear that he may urge the prime minister to roll back the fare hike (sic)," the Aam Aadmi Party (AAP) leader tweeted.

Of the nine stations on the Magenta Line, seven are within the boundaries of Delhi, while the remaining two are in Noida.

Those who had hiked the metro fares were "scared" of the AAP supremo, Sisodia said.

When reporters asked Kejriwal for comments on the issue at a Christmas event in the city, the chief minister evaded a reply, saying the occasion was not right to talk about it.

However, he retweeted Sisodia's tweets.

The Kejriwal government has been at loggerheads with the Centre and Delhi Metro Rail Corporation (DMRC) over the recent hike in the metro fares, despite the AAP's objections.