Not Lavish Lifestyle, But Love, Sex And 'Dhokha' Behind Ritabrata Banerjee’s Expulsion From CPI(M)

Women had complained that he had been leading them on with promises of marriage and then dumping them to move onto the next relationship. 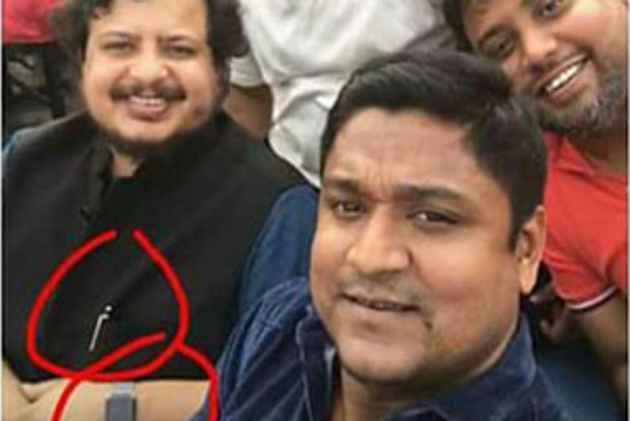 Things are going from bad to worse for disgraced CPI(M) leader Ritabrata Banerjee.

First, the once-upon-a-time blue-eyed boy of the party, whom many considered to be the face of the CPI(M)'s GenX, found himself being suspended by his own beloved party for supposedly enjoying a lavish lifestyle, thought to be unbecoming of a Communist leader. This included wearing an Apple watch and carrying a Mont Blanc pen. Then after he literally aired his grievances in two television interviews about being ill-treated by the party, during which he kept flashing his wrist, bejeweled with the watch, towards the camera to show prime time viewers the cause of his expulsion, insiders told Outlook that the real reason was something else.

His ex-wife, also a CPIM member, allegedly lodged a complaint of domestic violence against him and other women had complained that he had been leading them on with promises of marriage and then dumping them to move onto the next relationship.

While these claims remained anonymous earlier, now a woman named Namrata Dutta has come out in the open claiming that Ritabrata had misled her by promising to marry her and then, after a physical relationship that lasted several months, he started another relationship with a woman.

Namrata claimed through Twitter that she was unable to lodge an FIR against Ritabrata because he is an MP and she sent messages to everyone from the Prime Minister to Sonia Gandhi to help her lodge a complaint. Eventually, she managed to file an FIR in Bengal's Balurghat Police Station and accused him of rape.

She even claimed that it was she who had gifted the Apple watch to the 37-year-old Communist.

The allegations got murkier with the woman, a software engineer, claiming that Ritabrata tried to shut her up and stop her from going public with the dirty details by paying her 2.5 lakh rupees. She showed bank details to prove that the money had been transferred to her account. "What am I?" she asked rhetorically through Twitter, "A prostitute?"

Though Ritabrata has been mostly unavailable for comment, neither replying to messages nor picking up calls, he briefly tweeted a response and accused the woman of being a blackmailer who had demanded 50 lakh from him and when he refused she threatened to 'expose' him. He too said he would file a complaint against her and according to some reports has lodged a police complaint in a Calcutta police station.

Yet cozy photos of the two of them together have been doing the rounds on social media fed by those claiming that they were indeed a couple until things turned sour.

"He deceived me," said Namrata. "I did know that he and his wife are going through a divorce but i didn't know that he was having an affair with other women."

The other woman in the love triangle, Durba Sen, laughed off Namrata Dutta's accusations that she was responsible for luring Ritabrata away from her and denied that she issued threats to Namrata to lay off.

"We had no idea that Ritabrata would sink this low," said a CPIM party leader.

Sujan Chakraborty of CPIM said, "When something gets this rotten, we throw it out."