Not My Battle To Fight: Mallika Dua On Allegations Against Father Vinod Dua

Mallika issued a statement on Instagram in response, asserting that Jain dragging her name into the controversy was "in terrible taste". 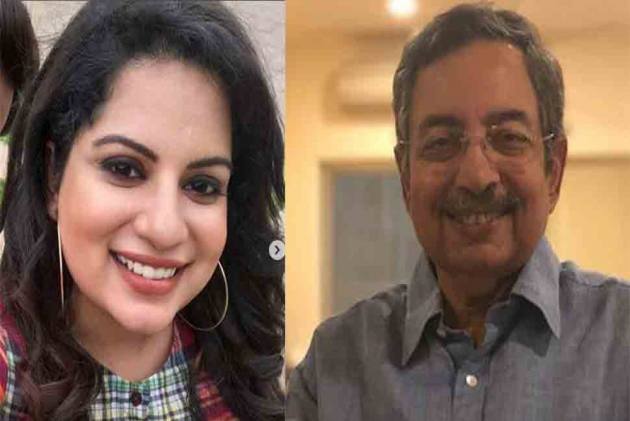 Addressing allegations of sexual harassment against her father, senior journalist Vinod Dua, actor-comic star Mallika Dua has pledged solidarity with the #MeToo movement and says she will let him take up the fight.

"If at all my father is truly guilty of what you described, it is unacceptable, traumatic and painful," Mallika said on Sunday in response to documentary filmmaker Nishtha Jain's allegation that Vinod Dua had harassed and stalked her almost three decades ago.

Referencing Akshay Kumar's off-colour remark at Mallika on a comedy reality TV show that had enraged Vinod Dua, Jain put out a lengthy Facebook post on Saturday, calling out the media personality for his sexism from years ago.

She also named Mallika in her allegations.

Mallika issued a statement on Instagram in response, asserting that Jain dragging her name into the controversy was "in terrible taste".

"I am in solidarity with the movement and in support of the voices but your dragging my name into this was in terrible taste," she said.

The onus of the "battle" was not on her, Mallika said, adding that she would deal with the case in her way and on her time.

"This is not my battle to fight. It’s not my responsibility or my shame or my burden. I will deal with this my way and on my time. Stop forcing women to give statements for your entertainment.

"I stand with the movement and will not let its objectives, ideals and purpose be hijacked by the shamers. This is my dad’s battle, I will let him fight it and I will stand by him."

She said she would not let right winger trolls and others make the controversy about her.

"I’m still going to stand up against bigotry, misogyny, stand up for survivors, and for whatever the hell I believe in. Nothing gets to kill my vibe and I'm not sorry," she added.

Jain apologised to Mallika for “inadvertently” shaming her.

“I had no such intention. Thanks for friends and supporters for pointing this out. She’s in no way responsible for her father’s acts. However, I do hope she’ll be able to believe me, empathise with me as well as the other women he has harassed,” she wrote on Facebook.

Dua's current employer The Wire addressed the claims in a statement Sunday.

"We have seen Nishtha Jain’s Facebook post where she accuses Vinod Dua, a consulting editor of The Wire, of an incident of sexual harassment in 1989. Dua denies the charge.

"Though the incident pertains to 26 years before Mr Dua’s association with The Wire, our ICC has taken note of Ms Jain’s allegation. We await the outcome of their deliberations in the matter," the statement read.