Those gathered at the graveyard were not there to protest. They came to sympathise because they are also victims.? 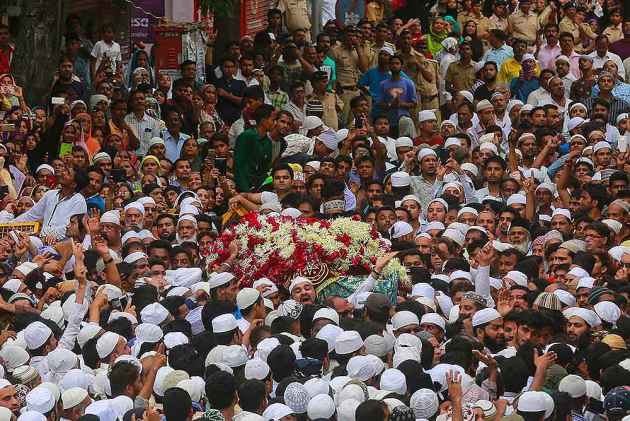 The convicted terrorist Yakub Memon was buried this week, the same day as former president and scientist APJ Abdul Kalam.

The government forbade the media from reporting Memon's burial, while Kalam was given a state funeral on a gun carriage (which was fitting since his fame came as a developer of atom bombs and the missiles to carry them).

The media complied on the matter of Memon, and this was for two reasons, though it is usually fiercely protective of its free speech rights. The first reason was that Mumbai's media agreed with the government's concern that an overly supportive crowd of Muslims at the funeral of a convict would polarise a city which has seen more than its share of communal violence.

The second reason was that there was distaste at the fact that a convicted terrorist was being given public sympathy if not respect. Some channels carried on-screen banners announcing their position that they would not give publicity to such distasteful happenings.

The only indication Indians got of the numbers at the Memon funeral were some photographs that newspapers carried the following day. Indian Express reported that about "8,000 Muslims from across Mumbai gathered to offer namaz for Yakub Memon".

The question for us is: why were they there?

The Bharatiya Janata Party leader and governor of Tripura Tathagata Roy offered his theory of why the Muslims had gathered. He tweeted: "Intelligence shd keep a tab on all (expt relatives & close friends) who assembled bfr Yakub Memon's corpse. Many are potential terrorists".

Indian Express reported that people came from far away and with "WhatsApp messages on the venue and time of the last rites doing the rounds, complete strangers came to mourn for Yakub."

The report added that senior police officers tracked social media for the briefest hint of anger. However the police commissioner accepted that there had been "no rabble-rousing" and inside the burial ground those gathered had been told "koi naarebaazi nahin karega (no slogan shouting)."

If they were not there to demonstrate why did so many show up despite the extreme hostility in the media and the police scrutiny?

That is easy to understand if we can look on events without prejudice and without being coloured by the narrative of the media. The sequence of events is quite clear in that sense. The blasts that Memon was convicted for happened on March 12, 1993. In January of the same year over 500 Muslims (and over 200 Hindus) were killed in riots in Mumbai. The month before that the Bharatiya Janata Party led movement against the Babri M?asjid resulted in the tearing down of the mosque.

In that sense the blasts were part of a larger sequence of events and linked to violence in which communities were involved to a very large extent. To the numbers of those killed we must add those who lost their businesses, those who were wounded, raped and those who were displaced. These numbers run into the tens of thousands.

This was the background to the blasts. Memon's hanging itself was divisive and threw up a lot of poison. Television channels were openly hostile to the idea that he should not be hanged. Meanwhile a report in the Times of India quoting a study by the National Law University said that 94 per cent of those sentenced to death were either Dalits or Muslims.

This reinforced the perception among many Muslims that they were being punished for their religion. Even if Memon was guilty, and he was, the eagerness of the state to kill him was because of his religion. The total lack of sympathy in this case was contrasted to the murderers Maya Kodnani and Babu Bajrangi of the BJP, both convicted of equally vicious crimes, but out on bail.

Then there is the larger reality of being Muslim in India. It would be instructive to see the reader comments under any article on the internet that refers to not just terrorism but any related issue where the perfidy of Muslims can be introduced. In our Anglicised middle classes, the sense of bigotry and prejudice runs through so strongly that it is frightening. I need hardly go into the matter of the trouble faced by Muslims who look for housing and jobs.

That then is the reality of being Muslim in India. There are moments, and the hanging of Yakub Memon was one, where all of the gathered injustices are crystallised.

Those gathered at the graveyard were not there to protest. They came to sympathise because they are also victims.