Daily random metre reading image audit by revenue officers is one of the salient features of the landmark decision taken by the DJB chairman. 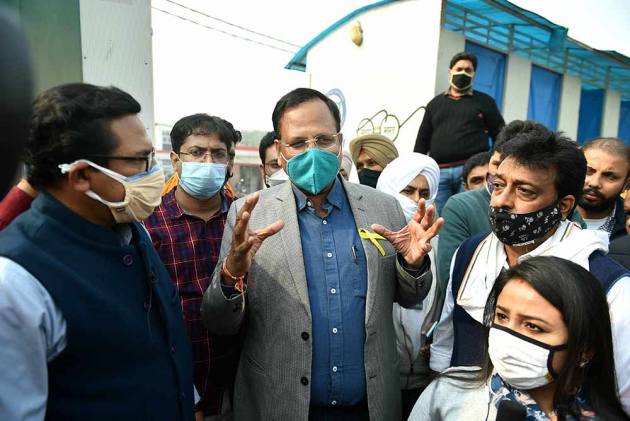 The Delhi government has taken a decision to ensure that water consumption bills issued to city residents, henceforth, shall not exceed more than one-and-a-half times the amount of the bill in the previous month, officials said on Thursday.

Water Minister and Delhi Jal Board (DJB) chairman Satyendar Jain took the landmark decision in the meeting held with DJB officials on Thursday to strengthen the revenue management system of the board, they said.

"DJB today has revised the billing system. Now your bill cannot be more than 1.5 times of previous month. If it crosses this, explanation will be provided to the customer and he/she can put in grievance for the same. AccountableDJB ResponsibleDJB," the minister said on Twitter.

Later, the DJB issued a statement to this effect. Meter readers will be rotated after every billing cycle, and "we will ensure full transparency in the billing system," Jain was quoted as saying in the statement. "The Delhi Jal Board will be held accountable and responsible for any errors," he said.

Certain grievances were received by the officials wherein the meter readers either do not upload a picture of the current meter reading or upload a random image and put a reading as deemed fit by them, the statement said.

This exercise has no check until a consumer lodges a complaint about the same. Most consumers pay their bills thinking it to be accurate, and not realising the change in consumption pattern in the bimonthly billing cycle, it said. The crucial meeting of the DJB chairman with the revenue officials brought forth such issues, and "landmark steps were taken to curb this process of erroneous bill generation," it added.

There will be an "automatic system check to stop billing from a metre readers tablet, if consumption variance is more than 50 per cent higher or lower, in comparison to the previous bill," the statement said. "In such a case, the bill will only be generated by the Zonal Revenue Office, if the metre reading image confirms the consumption. This step will curb the erroneous reading bills that were being generated," it said.

Daily random metre reading image audit by revenue officers is one of the salient features of the landmark decision taken by the DJB chairman. This step will enhance transparency and keep a check on any discrepancies prevailing in the billing system. This will also lead to closing all the loopholes related to the existing billing system.

The department will strengthen its vigilance system. In case of improper images of the metre reading, metre inspectors will visit the site and recheck the images and make sure the images are taken properly by the metre readers, officials said.

This incorrect image feeding will also call for strict action against the metre readers concerned. This will bring a robust system ensuring 100 per cent accuracy in billing. "At present, there are about 900 metre readers taking readings of about 26.50 lakh consumers in 41 zones of DJB. Out of these consumers, about 18 lakh consumers avail zero bills under free water scheme," the statement said.

Rotation system for the metre reader will also help in making the billing system "stronger and transparent". This will be considered as a huge step in avoiding any discrepancy or loopholes in the system. In this system, metre readers will be changed in every billing cycle. This will lead to smooth functioning of the system and will eradicate any type of corruption involved, it added.

This is a "huge and revolutionary step" taken by the Arvind Kejriwal government to "eradicate corruption and solve the discrepancy existing in the current system". This will also help provide a smooth and transparent billing system for the people of Delhi, it said.