Most people hope that the updated NRC–first prepared in 1951–will end a longstanding strife, one that started with the anti-foreigner Assam Agitation in 1979. 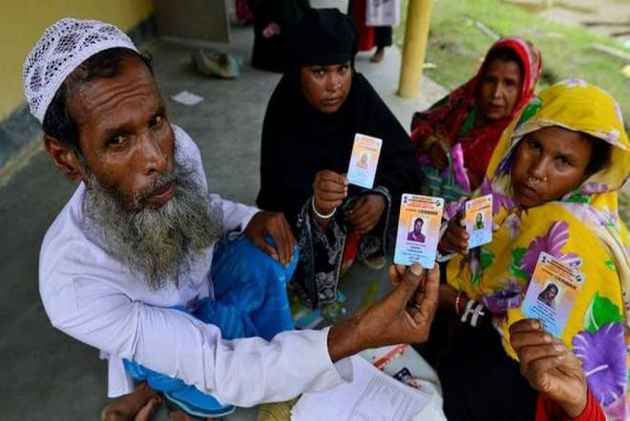 Assam’s final draft of the National Register of Citizens (NRC), made public on Monday, has left out about 40 lakh people out of 3.29 crore applicants. That’s a huge number; more than the combined population of Nagaland and Arunachal Pradesh, going by the 2011 census.

This is not the final number of people who could lose their Indian citizenship. Those left out from this draft can file claims and objections and seek inclusion of their names. But that exercise is expected to take some time.

A majority of the Assamese-speaking people and ethnic tribes of Assam see “illegal migration” from erstwhile East Pakistan and present-day Bangladesh as the biggest problem for the state; a strain on its meagre resources such as land, food and jobs. Most people hope that the updated NRC–first prepared in 1951–will end a longstanding strife, one that started with the anti-foreigner Assam Agitation in 1979.

The first challenge for the government, both at the state and the Centre, is to maintain law and order. Illegal immigration is an extremely sensitive issue in Assam and even the slightest mishandling of the issue, vis-a-vis the NRC, could trigger unrest. However, it must be said that when the first draft was published on December 31 last year, fears of violence proved unfounded.

This could be the beginning of another long-drawn process for the state. The Union government is yet to formulate a clear-cut policy of dealing with the people who will be declared foreigners after they exhaust their options. The number could come down from 40 lakh, but it is unlikely to reduce drastically. Where will these “foreigners” go?

As much as the government would to like to clear Assam–and the country–of people living illegally, this could become a large-scale humanitarian crisis. Bangladesh has never acknowledged any “illegal” presence of its citizens in India. That makes it even more difficult for the Centre to push for deportation of these people.

The proposal for long-term biometric working visas for the “illegal migrants” sounds practical, but will Assam agree to keep all the “foreigners” it has been seeking to get rid of all these years? Will other states agree to share the “burden”, as several organisations in Assam have suggested?

Read Also: NRC In Assam: A Neighbour Watches The Rolls

Once these people lose their citizenship, they will forego all rights guaranteed by our Constitution, including access to healthcare and education. How will they cope with life, even if they are given shelter for the time being?

The question of sending these people to detention centres–nearly 1,000 people are being kept in six prisons across Assam now–is almost out of the question. It will be a logistical nightmare even if the government were to ignore the humanitarian angle of herding lakhs of people into detention camps.

The Centre has to work fast to formulate a plan that will be agreeable to Assam. Take other states into confidence. Mount diplomatic efforts with Bangladesh. India just cannot leave so many people to fend for themselves. It also cannot afford to ignore the sentiments of the majority in Assam. The issue needs a closure. Human migration is an undeniable and historic phenomenon. So are the concerns of the people of Assam.