The Supreme Court Tuesday dismissed a plea by students alleging discrepancy in a question in the Hindi version of Physics paper in NEET (UG) 2021 after the NTA-appointed expert panel's finding said the answer would remain same in Hindi as well as English. 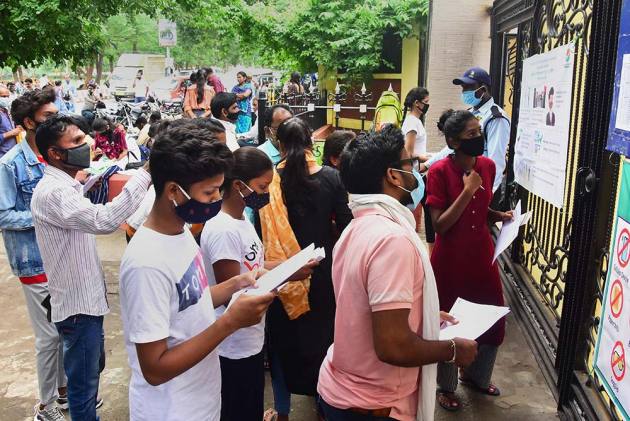 A bench of Justices D Y Chandrachud, A S Bopanna and Vikram Nath said it would be beyond the remit of the court to conduct an exercise of re-assessing the correctness of the solutions.

It said the National Testing Agency (NTA), entrusted with the duty of conducting the NEET (UG) 2021 examination, while responding to the apprehensions of the students, had the matter scrutinized again by three subject experts.

“Hence, it would not be open to this Court to substitute its own view. In the circumstances, having given our anxious consideration to the submission which has been urged on behalf of the petitioners, we are unable to interfere. The petition is accordingly dismissed”, it said.

Advocate Archana Pathak Dave, appearing on behalf of the petitioners, tried to persuade the top court that based on the underlying material in the 12th standard Board examination; there would be a variation in the solutions to the question in English and Hindi as a result of a difference in translation.

At the outset, Solicitor General Tushar Mehta, appearing for the NTA, said that in compliance to the earlier order of the court, the agency has constituted an expert panel comprising of three Professors from IIT Guwahati, Delhi Technological University, Delhi and National Physical Laboratory, Delhi for evaluating the solutions in both the English and Hindi versions of Question No 2 of Section A in the Physics Paper of the NEET (UG) 2021 examination.

He said the panel found that irrespective of the medium, English or Hindi, the answer to the question will remain same and therefore it clarifies the issue at hand.

On November 25, the NTA had told the top court that to allay the apprehensions of students who appeared for the NEET (UG) 2021 exam, it will appoint a committee of three experts to evaluate again the answers to an alleged error in Hindi version of Physics paper.

Mehta, appearing for NTA had said that the questions will be evaluated again by a committee of three experts.

The top court was hearing a plea filed by Wajda Tabassum and 21 other NEET candidates alleging discrepancy and patent error in question number 2 of the Hindi version of Physics paper in which the word ‘amplitude of the current’ had been omitted.

Mehta had said that the issue was examined by neutral experts and they have opined that the answer would be the same irrespective of the alleged discrepancy or omission of words in the Hindi translation of the question paper.

Dave had said that due to the omission of the words, another answer in the Hindi version is correct.

She had stated that out of over 15 lakh students, who appeared for the NEET-UG examination, nearly two lakh students opted for the Hindi version and they would be in a disadvantageous position as there was negative marking for wrong answers.

The plea has claimed that due to the alleged omission of the words in the Hindi version, candidates who have attempted the question have arrived at a different answer than their English counterparts.

It has been said that both the incorrect and the correct answers were provided as options to the multiple-choice questions and the students, alleging omission of the words, have sought deletion of the said question.

They have also sought to declare the NEET-UG, 2021 examination as erroneous and faulty as the NTA without taking cognizance of the error has released the answer key based on the answer to the English translation and has put the Hindi version candidates at the disadvantageous position.

The plea had sought deletion of disputed question from all the versions of the subject and declaration of fresh result.

The National Eligibility and Entrance Test-Under Graduate (NEET-UG) examination was held on September 12, 2021, for MBBS and BDS courses in which over 15 lakh students have appeared. It was conducted by the NTA and results were declared on November 1.