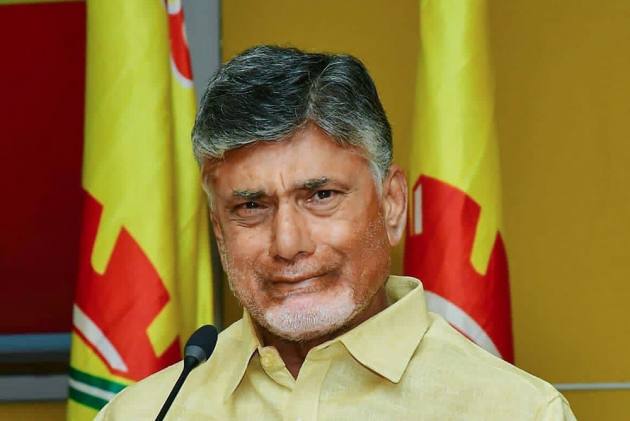 A day after former Andhra Pradesh Chief Minister N. Chandrababu Naidu publicly broke down after YSRCP MLAs allegedly made some remarks about his wife Bhuvaneswari, the family members of TDP founder and former chief minister N. T. Rama Rao on Saturday warned YSRCP leaders against dragging the names of women and their personal lives into politics.

Popular actor N. Balakrishna addressed a news conference in Hyderabad along with sister Lokeshwari, brother N. Ramakrishna and other family members to condemn the comments passed by YSR Congress Party (YSRCP) MLAs in Assembly against Bhuvaneswari. They slammed YSRCP leaders for dragging the name of Bhuvaneswari, who is not into politics and who keeps herself confined as a businesswoman.

Balakrishna, also a MLA of Telugu Desam Party (TDP), told YSRCP leaders that he was issuing a warning to them on behalf of NTR family, fans, party workers and the people at large. "Mind your language. There is a limit to our patience. We will not tolerate any remarks against our womenfolk," he said, reminding their political rivals that they too have women in their families.

Balakrishna claimed that he acted with restraint all along because of Chandrababu Naidu but what happened on Friday crossed all limits. After staging a walkout from the state Assembly, the TDP president broke into tears at a news conference and vowed not to step into Assembly again till he returns as the chief minister.

Lokeshwari termed Friday's incident as very unfortunate and said such a thing never happened in the past. She said the Assembly is like a temple where people's issues are discussed but such a sacred place was desecrated. She said during his tenure as the chief minister, Chandrababu Naidu never passed any remarks against women members of Y. S. Jagan Mohan Reddy's family.

Ramakrishna turned emotional while condemning the alleged remarks passed against his sister. He said the family would not take this any further. He said it was very painful to see the political developments in Andhra Pradesh during the last 2-3 years.

NTR's grandson Chaitanya Krishna said NTR gave his children good values and pointed out that he made many movies on high status of women. He said he learnt a lot from his aunt and he was hurt over the inappropriate remarks made against her. Earlier, Bhuvaneswari's sister and BJP national general secretary Daggubati Purandeswari said she was hurt by her character assassination.

"Am truly hurt by how Smt Bhuvaneswari is subjected to character assassination. We, as siblings, have grown up with values. No way that we will compromise with that," tweeted Purandeswari, a former union minister.