Obscene Display Of Glee By A Section Of Indians Over Gauri Lankesh Murder Is Disturbing, But Not Unexpected

What is it in the sectarian groups formed in the name of Hindutva that places them on a different pedestal incapable of violence? 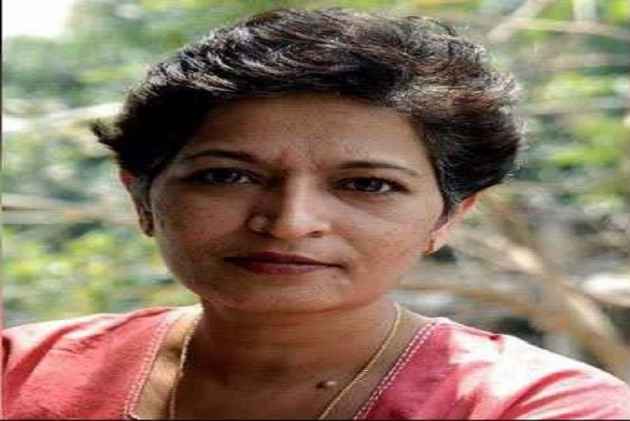 “ We are all Gauri.” This was the defiant response we saw across states in India a day after the killing of Gauri Lankesh. People marched,  meetings were held, candles lit. You could see the young and not so young together, standing together worry writ deep on their foreheads about the direction the country is taking. Scores, if not hundreds of articles have already been written expressing sorrow, anguish, anger and helplessness. The country can take solace that its soul is not dead yet.

And yet at the end of the day you are left with a sinking feeling. The number of people who resolve to continue what Gauri had been doing all her life fearlessly are dwindling. It was noted that agony of these mourning, protesting souls was not shared evenly in the profession of journalism. There were attempts to dilute the gravity of the nature of the murder by suggesting that it could be linked to the defamation cases she was fighting or could be the work of some ultra left political group. It was said that since Karnataka is a Congress ruled state it was unfair to blame the right-wing groups professing Hindutva.

B T Venkatesh, who was fighting her cases, is convinced however that the murder is a response of the ‘terror groups’ working in the name of Hindutva to her unceasing, bold criticism of their politics. He told the Hoot, “Let us say it loud and clear. Hindu terror units killed Gauri Lankesh... It had nothing to do with all the defamation cases filed against her.”

He explained further. “I have been defending her in a number of these cases. This case was a small one in Hubbali and we appealed within 30 days and the sentence was suspended.”

According to Venkatesh, this was a planned assassination just like the killing of Prof Kalburgi. He believes that terror units have recruited people and organized sleeper cells.

Why is it that the suspicion of Venkatesh and many like him does not find takers in the majority of this country? Why do we readily believe a police version in the case of a violent incidence when it suspects the involvement of an “Islamic radical hand” and why do we dismiss voices like Venkatesh? Why do we call them conspiracy theorists and biased? What is it in the sectarian groups formed in the name of Hindutva that places them on a different pedestal incapable of violence?

After the killing of yet another journalist and writer who was on the hit list of such organisations, these questions are natural. Nobody says that the identity or intention behind the killing is known. But to dismiss the possibility of this angle is disturbing.

Along with it we see an obscene display of glee by a section of Indians who identify themselves as proud Hindus. It is disturbing to the civilised but not entirely unexpected. As Ashish Khetan has pointed out there is an impunity that the hate mongers and perpetrators of violence are now assured of. Not only impunity but reward , one must add.

How can you explain the elevation of a man as a central minister, interestingly from Karnataka itself, who has been captured on camera assaulting a doctor and spreading abusive violence against citizens? Why has the government not responded to the worry of the Indian Medical Association expressing its dismay on this decision? Why were questions not asked when a man who publically assaulted a senior lawyer like Prashant Bhushan in his chamber and has many other acts of violence to boast of, made its national spokesperson by the party ruling the centre?

These questions are irrelevant and more of academic nature as the people who built their political career by professing and instilling anti-minority violence are now at the helm of the affairs. To ask them to condemn violence and hate is a travesty.

Hate and violence against the minorities are necessarily coupled with hatred against free minds. History tells us that across centuries and countries minds who reject the fetters of closed identities and claim of any authority over their autonomy are most likely to stand up for the weak and the persecuted. It was not surprising then that Gauri Lankesh publically embraced the much maligned “anti nationals” like Kanhaiya, Jignesh Mevani, Umar Khalid and Shehla Rashid as her children.

One must understand this single act of Gauri would have made her an object of hatred for thousands and lakhs, if not crores of Hindus who sincerely believe that Kanhaiya, Umar and the rest are part of a large and dangerous gang out to break India into pieces. How did they form their opinion about these young students who should have remained obscure in their campuses? It was the very media where Gauri was an irritating presence, which decided to make monsters out of these young activists. It was a deliberate campaign and was plainly criminal.

The media created an atmosphere in which Kanhaiya’s name arouses strong passions. He has been physically attacked several times since February 2016. He was assaulted by the lawyers of the high court of Delhi, who are technically law officers of the court. The Supreme Court did send its team to investigate but has been sitting mum on its report since March , 2016? Those lawyers who could have killed Kanhaiya in full public view are still practising in the courts. Some of them enjoy the patronage of the ruling party. It explains the reluctance of the highest court to even condemn this violence. This condemnation would not have gone down well with the government of the day.

When violence becomes the political norm, when the president of the state unit of a political party can ask its cadre to beat up the police, when a Chief Minister threatens that bulldozers would be pressed on those casting bad eyes on daughters and mothers, you know that Gauri Lankesh would not be last to be killed.

It is important however to keep telling the people of the country that it cannot afford to lose minds like Gauri Lankesh. They take years to form with lot of investment of previous generations. They are in true sense of the word irreplaceable. We may chant Gauri is alive but the fact is that she is dead, was denied the years she could have lived. And all this because this country allowed itself to be taken over by bullies.  Unless we take back ourselves from these murderous clutches we would keep meeting each other at condolence or protest spots.