Comment Was An Observation On Women Who Proudly Say They Don't Know How To Wear A Saree: Sabyasachi

"My observation came from the fact that I often meet those who say it with a hint of pride on how they don't know how to wear a sari and I find it very dismissive of our heritage." 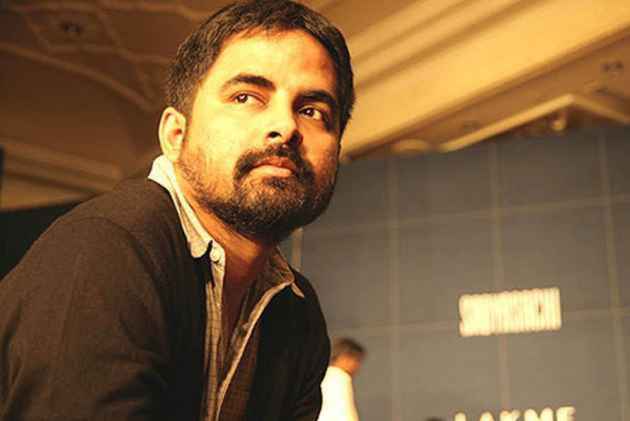 Renowned fashion designer Sabyasachi Mukherjee, today responded to the backlash over his comments on Indian women and the saree, saying the matter has snowballed into an unintended "gender issue."

The designer said his remarks at the Harvard India Conference, which were in response to a query on the difficulties that women face in draping a saree, were intended to be a reflection on the "celebration of our clothing history and heritage".

Sabyasachi told PTI over an e-mail exchange from Boston: "What was intended to be a comment on celebration of our clothing history and heritage became a debate on feminism. This is not a gender issue. Since the question was about the saree, women were involved.

"I would take the same stand on men's national clothing too. I have not made any statement on a woman's choice on what she wishes to wear which is always her own prerogative."

Talking to the Indian students gathered in Cambridge on Saturday, the celebrity designer had said, "I think, if you tell me that you do not know how to wear a saree, I would say shame on you. It's a part of your culture, (you) need to stand up for it."

"Women and men are trying very hard to be something that they are not. Your clothing should be a part of who you are and connect you to your roots," he had added.

In one of his comments at the event, the couturier had then, in fact, credited Indian women for keeping the saree alive, but declared that the "dhoti is dead".

Referring to his remarks, the Kolkata-based Sabyasachi said he had only expressed his "personal point of view".

The designer said he had often observed women confessing they do not know how to wear a saree "with a hint of pride".

"My observation came from the fact that I often meet those who say it with a hint of pride on how they don't know how to wear a sari and I find it very dismissive of our heritage. It's a personal point of view."

"You don't need to live your culture all the time but you can merely acknowledge it and celebrate it," said Sabyasachi, who was also in the news recently for designing the wedding dresses of Virat Kohli and Anushka Sharma.

Bollywood star Deepikia Padukone was often seen in Sabyasachi designer sarees during her promotional events for the movie Padmaavat.

Sabyasachi is the latest name to be embroiled into a Twitter controversy, with many taking offence to the remarks and calling them patriarchal and anti-feminist.

Some even went on to point out that a Sabyasachi label saree costs a fortune and he should instead sell the garment at reasonable prices.

The designer, although concerned, is not taking the censure on the Internet negatively.

"What social media does is that it brings forward a democratic debate and that is always healthy," he said.