The Indian U-15 national team as well as the AIFF's development side Indian Arrows, consisting of a bulk of Indian U-17 World Cup players, have been utilising the infrastructure in Bhubaneswar. 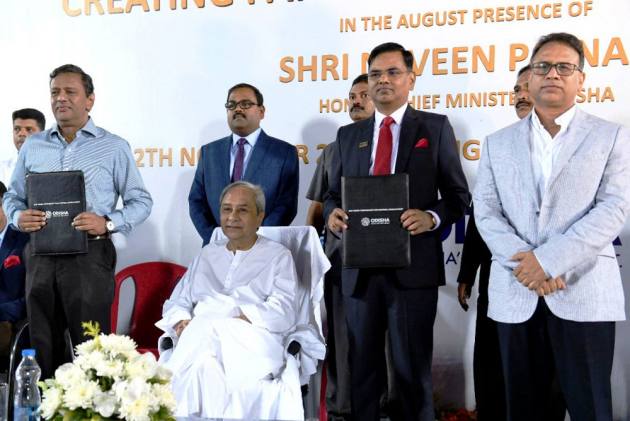 A Memorandum of Understanding (MoU) was signed between the All India Football Federation (AIFF) and the state government at the Kalinga Stadium complex in Bhubaneswar on Monday in the presence of Chief Minister Naveen Patnaik.

"As per the MoU, the Government of Odisha will act as the host of the AIFF national team camps as well as of the home of Indian Arrows. The training and connected infrastructure like gymnasiums, swimming pool, etc, will be housed at the Kalinga Stadium Complex," the AIFF said in a statement.

Host Of World Cup Hockey And Sponsor Of Indian Team, Yet Odisha Has No Player!

In his statement, AIFF President Mr. Praful Patel said: “I need to thank the Odisha Government and Shri Naveen Patnaik-ji for wholeheartedly supporting Indian Football as part of their overall support for the development of sports. It is a very encouraging sign that more and more State Governments are coming up to support Indian Football.”

AIFF General Secretary Mr. Kushal Das said: “We laud this unprecedented initiative taken by the Government of Odisha under the leadership of Shri Naveen Patnaik-ji. I am confident the MoU will help Indian Football, as well as benefit further development of the sport in Odisha.”

“The meticulous manner of the Department of Sports & Youth Services (DSYS), Odisha in putting together the structure for the programme as per the requirements of the AIFF has been extremely impressive. I thank them for that,” Mr. Das added.

The Indian U-15 national team as well as the AIFF's development side Indian Arrows, consisting of a bulk of Indian U-17 World Cup players, have been utilising the infrastructure here.

The stadium is hosting the 2018 Men's Hockey World Cup from from November 28 to December 16.