Odisha's Tryst With Ten Tempests Over Over Two Decades

Odisha is currently bracing for cyclone Jawad, which is being considered as the first winter cyclone in the state in about 100 years. The system has, however, weakened and may even escape its coast. 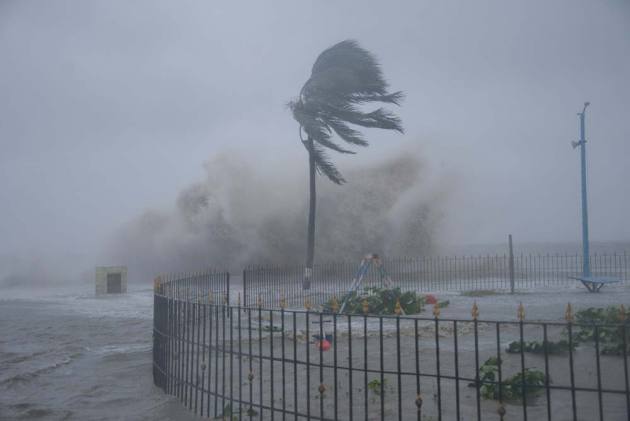 In an ominous note, the official records of State Disaster Management Authority (OSDMA) showed that Odisha has encountered 10 cyclones, including the approaching Jawad, in a span of 22 years and the frequency of such natural disasters is only on the rise.

Memories of the 1999 super cyclone is still fresh, wind speed of which could not be properly ascertained at the meteorological centre, Bhubaneswar, as the velocity crossed the capacity of the anemometer available then.

After the 1999 disaster, which left over 10,000 people dead, the state had experienced another major calamity in cyclone Phailin. It made landfall near Gopalpur in Ganjam district on October 12, 2013, becoming the second strongest tropical cyclone in India since the 1999 one. It had hit Odisha at a wind speed of 140 mph. Twenty-three people were killed in the cyclonic storm after the Naveen Patnaik government set a "Zero Casualty" mission with precautionary measures in place, the records stated.

Phailin was followed by cyclone Hudhud in 2014 that struck the Visakhapatnam city of Andhra Pradesh on October 12, 2014. Odisha, too, was affected by Hudhud. More than 60 people lost their lives in Andhra Pradesh, while the casualty count in the state was two.

Subsequently, cyclone Titli in 2018 had left authorities in shock, as the weather system had unexpectedly changed its course and entered Gajapati district, where no major preparations were made to deal with the calamity. Seventy-seven people were killed in Odisha due to heavy rainfall and landslide that accompanied the cyclone.

In the year that followed, two cyclones – Fani and Bulbul  hit the country’s eastern coast, causing extensive damage in Odisha and West Bengal. Fani had reached its peak intensity a day before its landfall and was marked as a high-end Category-4 major hurricane, with maximum sustained wind speed ranging from 209-251 kmph.

Cyclone Amphan in 2020 had also claimed lives and damaged property in Odisha and West Bengal. It made landfall near Bakkhali in West Bengal on May 20. It was the first pre-monsoon super cyclone of this century that emerged from the Bay of Bengal.

In May this year, Cyclone Yaas hit Odisha's Dhamra and left two people dead.
Shortly after, in September, cyclone Gulab crossed the Odisha-Andhra Pradesh coast, bringing with it heavy rain. The remnants of Cyclone Gulab then gave rise to Cyclone Shaheen, in a unique weather phenomenon. The name Shaheen was given by Qatar. Gulab was proposed by Pakistan.

More than 20 people across different states and neighboring countries died in cyclone Gulab. No death, however, was reported in Odisha, records showed.

The former director of Regional Meteorological Centre, Bhubaneswar, Sarat C Sahu, stated that climate change was a major factor for increase in frequency of cyclones. "When sea temperature touches 26.5 degrees Celsius or more, it helps a low pressure intensify. This time, in case of Jawad, the sea water temperature was 29 degree Celsius. Besides sea pollution could also be another factor that creates an atmosphere suitable for formation of a cyclone," he added.