We saw a few images earlier this year; now, we've got the complete lowdown on the big three-row Jeep 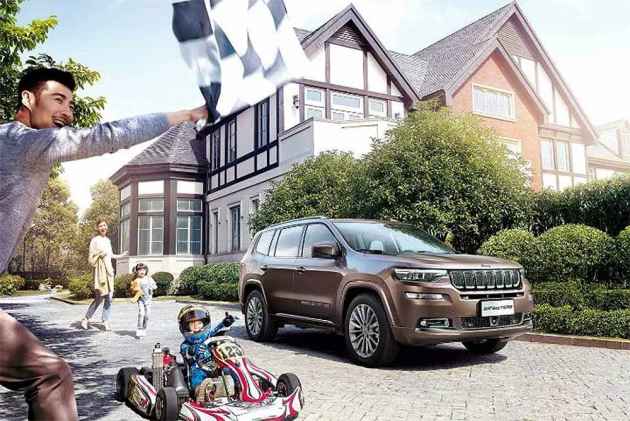 It's big and burly. It can seat seven. It's got a Jeep badge on the nose. We're already picturing thousands of midlife crisis-struck uncles salivating at that thought. The Grand Commander is exactly that. Sadly, it's a China-only SUV for now. But, much like the A-Class L Sedan we spoke about yesterday, this one seems perfect for Indian tarmac as well. Let's run through the details. 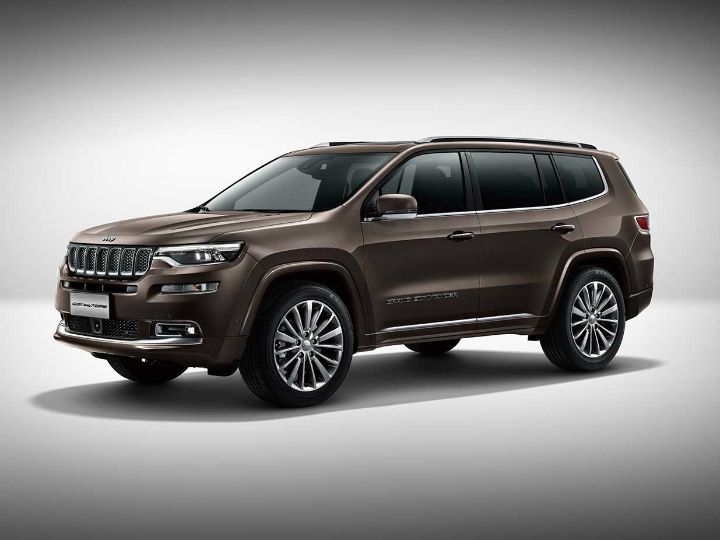 The Grand Commander is Jeep's first three-row SUV is a very, very long time. It has been nearly eight years since the Grand Commander's predecessor, the Jeep Commander, was discontinued. As far as size is concerned, the big SUV gets it right. The Chinese-spec Grand Commander measures 4873mm in length, 1892mm in width and 1738mm in height. The wheelbase stands at 2800mm. In case you're wondering how that stacks against our favourite Jeep Compass, take a look at the table below.

It does look like the Compass downed a whole lot of Complan. But hey, that isn’t necessarily a bad thing. Quintessentially Jeep elements, including the seven-slat grille, squared-off wheel arches and the bold shoulder lines find their place on the Grand Commander. If you like your SUVs with an extra dollop of presence, this one fits the bill quite well. Step inside and it’s familiar territory yet again. If you’ve been inside the Compass or the Grand Cherokee, the interiors will evoke a strong sense of deja vu. The design is similarly clean, with the large Uconnect touchscreen taking centre stage. It also gets other goodies such as a TFT screen packed in between the speedo and tacho pods, three-zone climate control and a sunroof that extends all the way upto the third row. 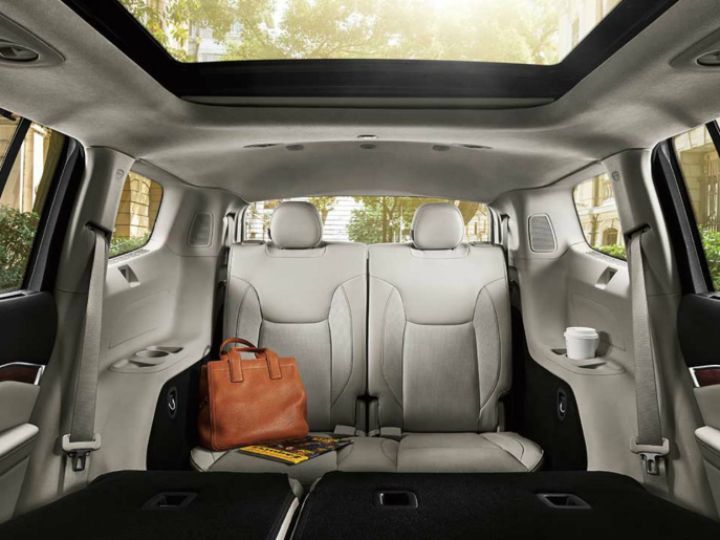 In China, the Grand Commander is powered by a 2.0-litre turbocharged petrol engine. The four-cylinder engine is offered in two states of tune: 234PS/350Nm and 265PS/400Nm. Both engines are paired with Jeep’s 9-speed automatic that’s expected to debut in India with the Compass soon. Goes without saying, Jeep’s 4x4 system is on offer as well, with the usual Sand, Snow and Rock modes. All of that does seem like a perfect recipe for the Indian market, right? Well, we think so too. The size, presence, features all seem just right to take on the Fortuner and the Endeavour. It’s too early to say if Jeep India is even considering getting it here. But it does seem like the logical thing to do - to give existing Compass owners something to upgrade to in the next few years. Also, it’ll do well to bridge the huge gap between the Compass and the next Jeep - the Wrangler.