Later, the NDMC also issued a statement, saying the strike had been called off after the mayor and the standing committee chairman "gave assurances" to the protesting doctors that their demands will be met. 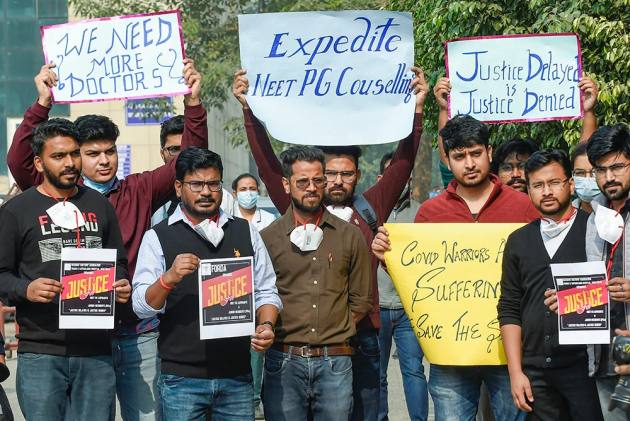 Resident doctors of civic-run Hindu Rao Hospital who were on strike for the last few days over release of due salaries and other issues called off their stir on Saturday after being assured by authorities that their demands will be met, a senior official said.

The 900-bed facility under the North Delhi Municipal Corporation (NDMC) is the largest civic-run hospital in the city. The decision was taken after a meeting of North Delhi Mayor Raja Iqbal Singh, Chairman of NDMC Standing Commitee Jogi Ram Jain, Municipal Commissioner Sanjay Goel, and representatives of the hospital's resident doctors association (RDA) at the Mayor House here, a senior civic official said.

Later, the NDMC also issued a statement, saying the strike had been called off after the mayor and the standing committee chairman "gave assurances" to the protesting doctors that their demands will be met. "We have released salaries of resident doctors of Hindu Rao Hospital due for October. Some would have received it today, others will also get it in their account shortly," Jain claimed, and added that the resident doctors called off their strike on Saturday. "A very long meeting was held at the Mayor House," he said.

Senior doctors of NDMC-run hospitals and other civic facilities are set to go on an "indefinite strike" from Monday over the issue of their due salaries and arrears, their association had said on Thursday.

The decision was taken by the Municipal Corporation Doctors' Association (MCDA) in its general body meeting on Thursday, its president Dr R R Gautam said, adding, emergency services will not be affected.

The MCDA, an association of senior permanent doctors of civic hospitals, was established in 1974 and has about 1,200 members. It also includes doctors from hospitals run by the other two -- east and south -- municipal corporations.

Doctors of the SDMC and EDMC are not part of this indefinite strike which "we have planned to resort to from Monday". If the due salaries for October is released, MCDA members will not go on strike, Gautam had earlier said.