Other taxi organisations, including the Mumbai Taximen's Union, have also lent support to the strike. 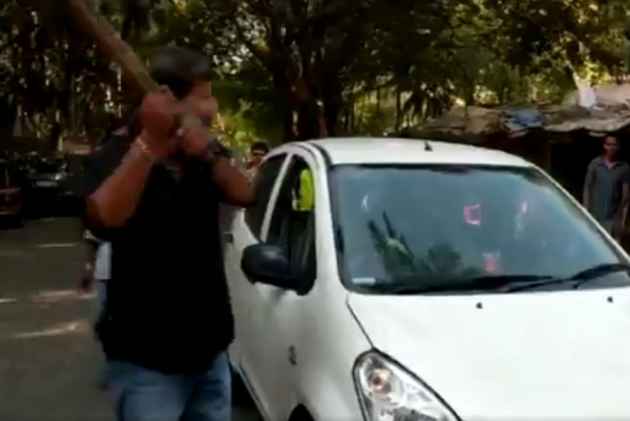 Drivers of the app-based cab aggregators Ola and Uber went on an indefinite strike on Monday, protesting their low earnings.

In a video published by ANI, MNS leader Nitin Nandgaonkar is seen breaking the windshield of a taxi, which was plying in the city.

"We expect the cab companies to come to the table today and discuss with the government how they can come at par with the black and yellow taxis, and other public modes of transport," Sanjay Naik, President of Maharashtra Navnirman Vahtuk Sena, told PTI.

"If there is no meeting or resolution, then we shall decide on our next course of action," he said.

Other taxi organisations, including the Mumbai Taximen's Union, have also lent support to the strike.

In Mumbai alone, there are more than 45,000 app-based cabs but a slump in the business has seen a drop of about 20 per cent in their numbers.

The cab companies, Ola and Uber, have declined to comment on the issue.

Meanwhile, the Mumbai police ensured that necessary steps were being taken for the safety of commuters.